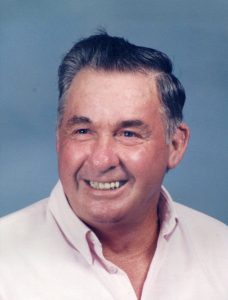 Doug was born on October 5, 1936, in Alexander County, the son of the late Jacob Calvin Deal and Esther Margaret Childers Deal.

He was an iron worker in New York for 19 years. After 27 years of living in New York, his dream came true and he was blessed to meet the love of his life and move back to North Carolina, and later owned Deal’s Nursery and Landscaping in Taylorsville. He was of the Baptist faith and was a member of Pleasant Hill Baptist Church.

Doug never met a stranger who did not love him. He was the corner stone of the family and a great influence to all. Doug was father and grandfather to all his nieces and nephews and was very involved in all their lives. He was known for installing all the 911 road signs for the county. When his health allowed, he loved to work on his ’47 Ford Coupe.

Those left to cherish and honor his memory include his wife of 40 years, Carolyn Wurtz Deal; his son, Douglas Lee Deal (Cheryl); his daughter, Denise Diane Deal; brother, Richard Calvin Deal; brother-in-law, John Brown; and sisters, Betty Louise Martin, Judith Elaine Thomas, Patricia Margaret McDermott (John), and Deborah Diane Coffey (Roger). Doug was loved by many, but especially by Andy and Cinda Barnes and Linda Wike. He also loved his fur babies, Lizzie and Charlie, and was loved by many nieces, nephews, and cousins.

To celebrate Doug’s life, the family will have a private graveside service at Pleasant Hill Baptist Church on Friday, March 12, 2021. Rev. Chris Gofoth and Rev. Lander Hefner will officiate. Family and friends may come by Adams Funeral Home on Thursday, March 11, 2021, from Noon until 5 p.m., and Friday, March 12, 2021, from 9 a.m. until Noon, to sign the register book and receive a memorial folder.

In lieu of flowers, memorials may be made to the American Diabetic Society and the Alzheimer’s Foundation.

Adams Funeral Home and Cremation Services is honored to be serving the family of Douglas “Doug” Larry Deal.