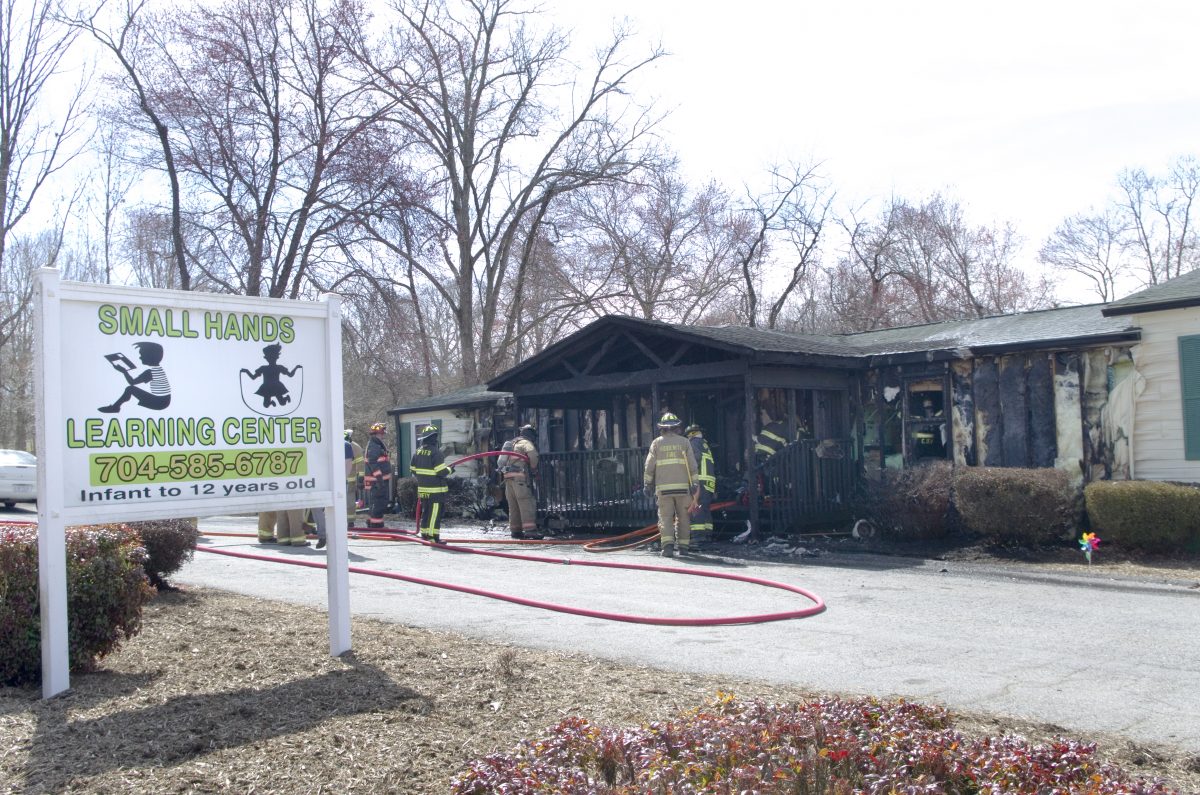 A fire on Tuesday, March 9, 2021, burned a portion of the Small Hands Learning Center in Stony Point around 1 p.m. Stony Point Fire Chief Scotty Abernathy stated the initial call was for a mulch fire near the front of the daycare. When firefighters first arrived, the front side of the structure was involved in fire. Stony Point, Hiddenite, Ellendale, Taylorsville, and Vashti fire departments responded, along with Alexander County EMS, Alexander County Fire Marshal’s Office, and N.C. Forest Service personnel. A total of 39 children and 9 adults were evacuated from the building upon arrival of Stony Point Engine 1.

“All crews did a great job knocking the fire down,” Chief Abernathy said.

The facility is owned by Amy Blankenship. Fire Marshal Mark Earle stated there was about $30,000 damage to the building. No one was injured.

Alexander County Partnership for Children is assisting in placing the affected children in other daycares until further arrangements can be made for Small Hands to reopen.