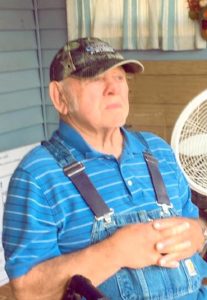 He was born Thursday, December 27, 1934, in Cleveland County, to the late Robert Marcus Bell and Pearly Mae McGinnis Bell. He retired from Broyhill Furniture as a Master Mechanic Technician.

In addition to his parents, Jim was preceded in death by three brothers, Bob, Kenneth and Butch Bell; and a sister, Trudy Bumgarner.

Chapman Funeral Home is honored to be serving the family of James Richard Bell.