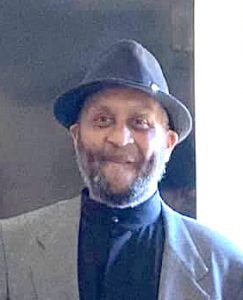 Tommy Edward Teague, 60, of Taylorsville, went home to be with his heavenly father on Thursday, March 11, 2021 at his residence.

Tommy was born May 21, 1960, in Alexander County, the son of James C. Howell and Creola Teague Jones.

Tommy worked in many trades; as a mechanic, truck driver, and also in the furniture industry. He was of the Baptist faith.

He was preceded in death by his sisters, Terisa Ann Smith and Vickie Derona Smith; and step-father, James Leroy Smith.

Those left to cherish and honor his memory include his mother, Creola Teague Jones (Johnny); his father, James C. Howell (Peggy); his sons, Christopher Reid (Hannah) of Burke County, and Brock Mortez of the Bethlehem Community; grandchildren, Isabella Reid, Isaiah Reid, and Mia Reid; his sisters, Elaine Martin (Lawrence) of North Wilkesboro, and Melissa Lackey (Gary) of Taylorsville; his brothers, James Douglas Teague of Taylorsville, Marvin Smith (Ingrid) of Taylorsville, Lee Sales (Velvet) of Winston-Salem, and Bradley Dewayne Smith of Taylorsville; and a number of nieces, nephews, cousins, and friends.

A private memorial service will be held at Adams Funeral Home Chapel.

Adams Funeral Home and Cremation Services is honored to be serving the family of Tommy Edward Teague.