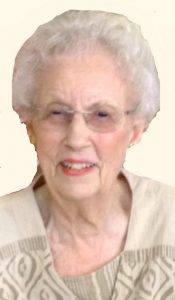 She was born in Alexander County to the late Raliegh Virgil Kerley and Ada Arabell Chapman Kerley. Frances was a member of Beulah Baptist Church in Statesville. Since in Scottsboro, she attended First United Methodist Church and loved Dr. Steve Screws and the many members and friends she met.

She is survived by her daughter, June Anne Chapman Corren; many many nieces and nephews and loved all dearly; two sisters-in-law, Ruby Dula Chapman and Ann (Totty) Chapman Gentry. Frances had many sweet friends, many called her Mom, some Mama Frances, and the Princess.

A graveside service will be in the Taylorsville City Cemetery on Saturday, March 20, 2021, at 11 a.m. Pastor Henry Cook will be officiating.

If you wish to make a memorial donation, send to First United Methodist Church, 1105 S Broad Street, Scottsboro, AL 35768; or your favorite charity.

Arrangements are being handled by Rudder Funeral Home in Scottsboro, Alabama, and Adams Funeral Home of Taylorsville.

Frances and family had lived in Jacksonville, Florida for many years, before moving back to Taylorsville.