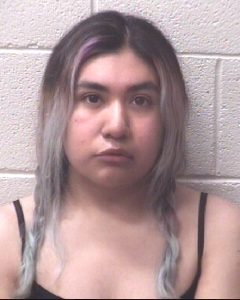 A Taylorsville resident has been arrested and charged with multiple counts of sex-related crimes.

On Monday, March 15, 2021, Mario Mendoza Cazarez, H/M, age 20 of Taylorsville, was arrested and charged with 27 counts of Felony Second Degree Sexual Exploitation of a Minor, stated Alexander County Sheriff Chris Bowman. These charges stem from an ongoing investigation of approximately six months by the North Carolina State Bureau of Investigation, the West Virginia State Police, and Alexander County Sheriff’s Office. The charges are a result of sexually explicit images of children that were found in Cazarez’s possession.

Cazarez is being held under a $520,000 secured bond with a first appearance date of Monday, March 22, 2021, in Alexander County District Court.

Sheriff Bowman would like to thank all agencies involved in this investigation for their hard work and dedication to protecting our children.