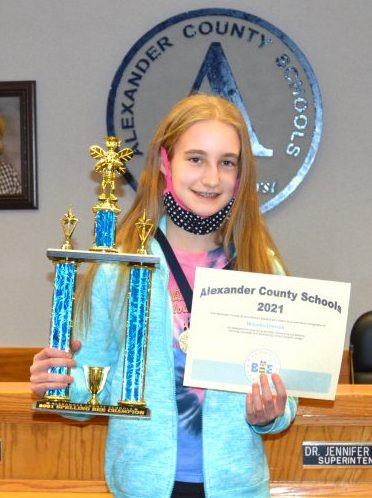 Brianna Jimison and Madison Hennessee advanced to the Regional Spelling Bee at the Carolina Panthers stadium on Sunday, March 21. The competition went 20 rounds with Jimison winning the regional event by correctly spelling “interrelate.”

Jimison will compete in the Scripps National Spelling Bee in June.

“We wish her the best of luck!” said Jacob Lail, Principal of West Alexander Middle School. 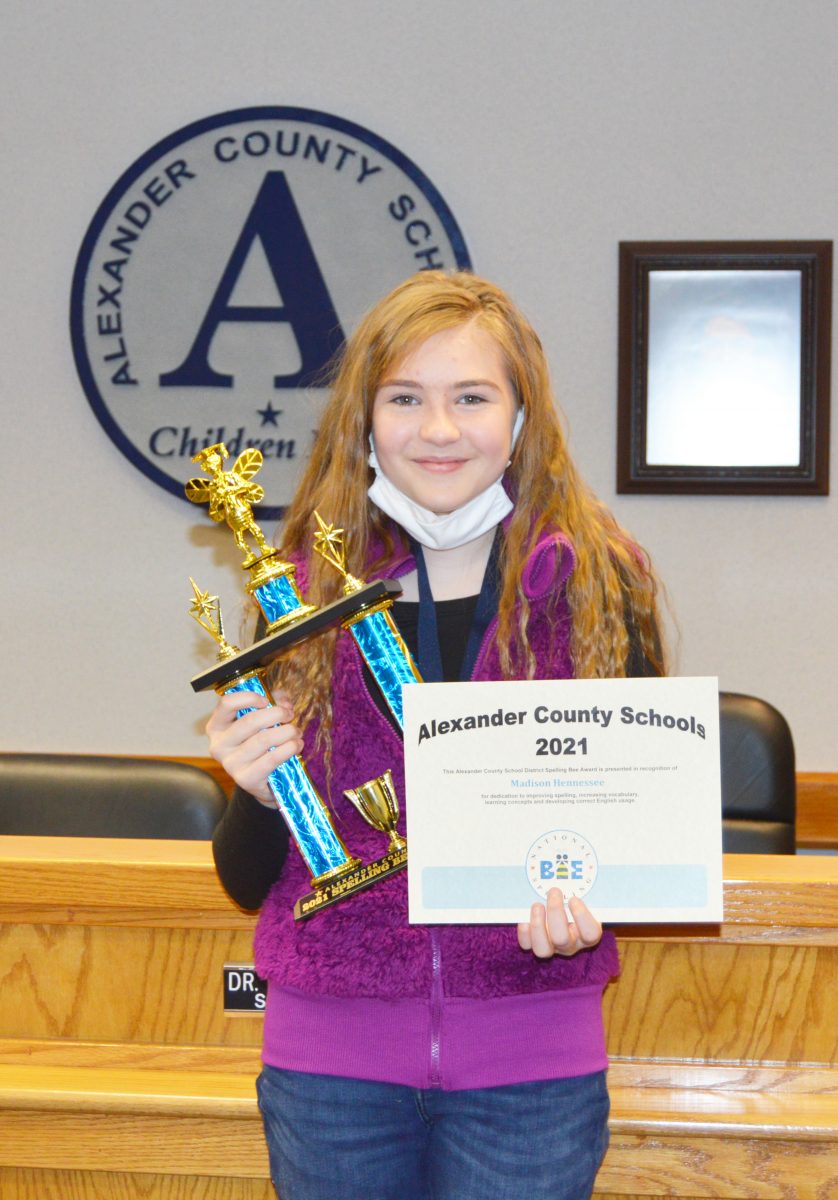 For the County bee, due to COVID-19 restrictions, students were read 25 randomly selected words from the 2021 National Spelling Bee District Pronouncers Guide. Students had the opportunity to request a definition, sentence, part of speech, language(s) of origin, and alternate pronunciation(s). Students wrote each word. This was repeated with all student participants. After all students completed the written test, two judges scored the spellings. Central Office director Jessica Anderson coordinated the event.

The school winners who advanced to the county spelling bee are listed below.