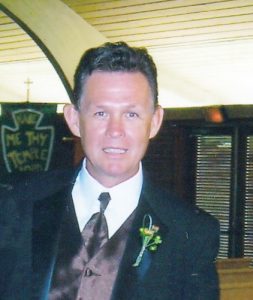 He was born to Bill and Pearl Moose Mayberry on February 9, 1955. “Eddie” was of the Christian faith and was a member at Stony Point Baptist Church. He had recently been attending at Corinth Reformed Church.

Eddie retired as a prison guard for the State of NC. He was an avid cyclist, outdoorsman, and was a Senior Bear at Lenoir-Rhyne University. He enjoyed going to the beach, golfing, running, tennis, playing games, and cooking for his family. In his free time, he volunteered at the Hickory Soup Kitchen and at the Humane Society of Catawba County.

In addition to his father, he was preceded in death by a sister, Diane Dagenhart; a brother, Craig Mayberry; and a brother-in-law, David Moose.