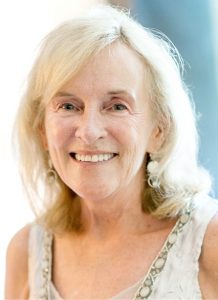 Born in Mt. Vernon, Ohio, to Robert Waggaman and Mary Alice (Shrack) Waggaman, Pat spent a large portion of her childhood in Park Forest, Illinois before moving back to Mt. Vernon for high school. At Mt. Vernon High School, she met her husband-to-be, Jeffrey Harris, in the lunch line.

Following high school, she attended Albion College in Albion, Michigan, where she received a Bachelor of Arts in English. She later went on to earn a Master of Library Science from Appalachian State University in Boone.

Upon graduation from Albion, Pat and Jeff married and eventually settled in Bethlehem, where they raised two children, Christopher and Bethany. Pat worked as a librarian/ media specialist for many years, first at West Alexander Junior High School and then at Hickory High School. Pat earned her National Board Certification while at Hickory High School.

Pat had a love of the outdoors, including walking, gardening, and hiking the Blue Ridge Mountains of North Carolina. She loved spending time with friends, pottery, books, chocolate, traveling, and a glass of wine. For the past fifteen years, she embarked on these pursuits and many other adventures with her partner, Gene Spainhour of Hickory. Most of all, she loved her four grandchildren.

Pat will be lovingly remembered by her children, Chris and Alissa Harris of Falmouth, Massachusetts, and Bethany Harris and Leopoldo Sasso of Brooklyn, New York; and her grandchildren, Hadley, Benjamin, Leopoldo, and Clara. She is also survived by her brother, Craig Waggaman, and sister-in-law, Linda Waggaman of Radford, Virginia. Pat was preceded in death by her husband, Dr. Jeffrey Harris in 1993.

A celebration of Pat’s life will be planned in the future in Hickory.