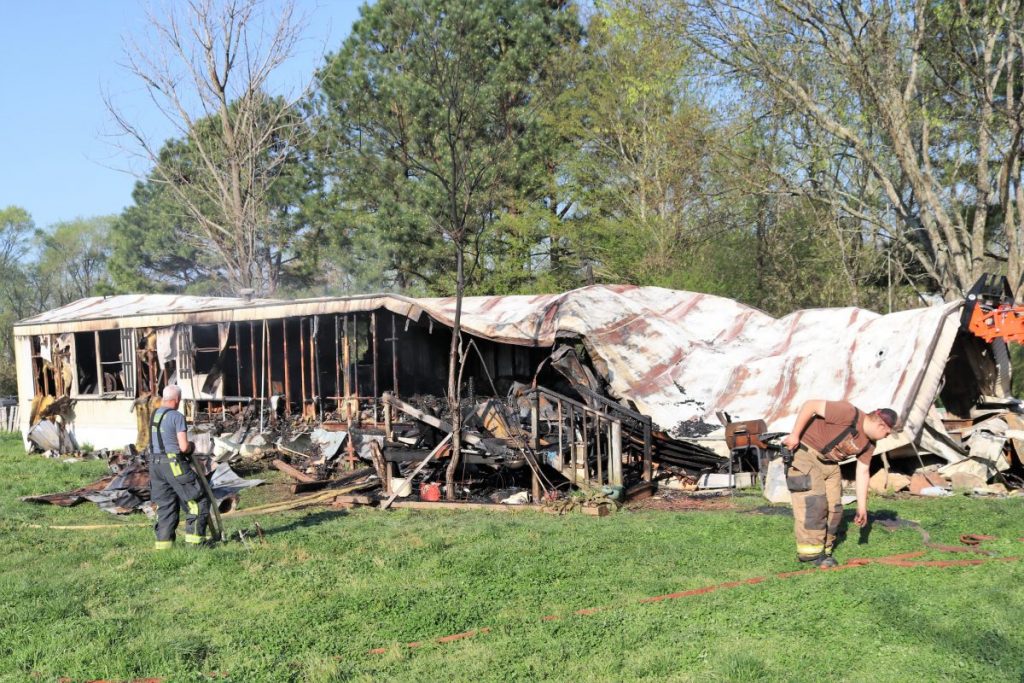 BODY FOUND INSIDE BURNED HOME — Officers and firefighters found this home fully involved in flames early April 7. The body of a man, Jeffrey Bebber, 31, was found inside.

Authorities have identified the deceased man who was found in a burning home last week.

Alexander County 911 Communications received a call at approximately 6:00 a.m. on Wednesday, April 7, in regard to an explosion and/or fire at a mobile home on Ervin Lane in Hiddenite. Upon arrival, Hiddenite Fire Department members found a mobile home fully engulfed by flames. Alexander County Fire Marshal Mark Earle said there was one fatality as a result of the fire. Alexander County Sheriff’s Office identified the man on Tuesday as Jeffrey Bebber, age 31.