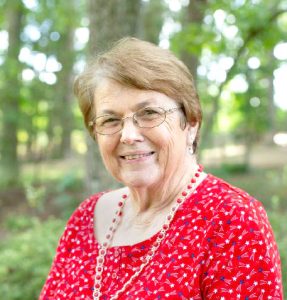 She was born August 5, 1939, in Alexander County, the daughter of the late Jesse Lee Davis and Mary Angeline Looper Davis.

She was a farmer, worked at Salem Sloan Daycare as a teacher, and had also worked at Broyhill Furniture. She was a charter member of Berea Baptist Church, where she was a Sunday school teacher, choir member, and director of children’s choir. She loved children and enjoyed teaching them to sing. She loved to cook, bake cakes, loved her garden, and enjoyed photography.

Including her parents, she was preceded in death by her husband of 50 years, Donald Hugh “Bud” McLain; her sister, Mary Jane Davis Mitchell; and her brother, James Lee “Jimmy” Davis.

Memorials may be made to Berea Baptist Church, 350 King Sprinkle Road, Hiddenite, NC 28636.

Adams Funeral Home and Cremation Services is honored to be serving the family of Elizabeth Ann McLain.