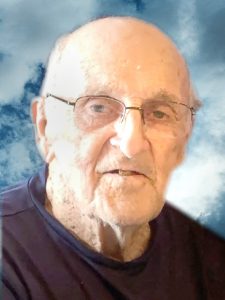 Mack Johnson Treadway, 92, of the Little River Community, passed away on Friday, April 30, 2021, at his residence, surrounded by family, after a period of declining health.

He was born to the late Rufus William and Alma Catherine Kerley Treadway on June 26, 1928, in Wilkesboro. Mack was of the Baptist faith and attended First Baptist Church.

Mack was a faithful member of the community, serving as a county commissioner for eight years, organizer for the Brushy Mountain Golf Course, and served a one-year term on NC Criminal Justice Board. He also served a two-year term on Alexander County Social Services Board, was a charter member of the Taylorsville Jaycees, Captain of the Alexander County Rescue Squad, and chairman of the bloodmobile and cancer drive.

He honorably served in the medical corps of the Army from 1950-1952 and was in Korea during this country’s involvement there and made Sergeant in the Army in less than a year. Mack was also the county coroner from 1962-1970, while he worked in the funeral business for 76 years. He served Adams Funeral Home as the president and later served Alexander Funeral Service, where he was still currently licensed.

Visitation will be held on Sunday, May 2, 2021, from 6:00 p.m. – 7:30 p.m. at Alexander Funeral Service. Funeral services for Mack will be conducted on Monday, May 3, 2021, at 1:00 p.m., at First Baptist Church in Taylorsville with Rev. Mark Robinette officiating. He will lie in state one hour prior to service. Burial will follow at the Taylorsville City Cemetery.