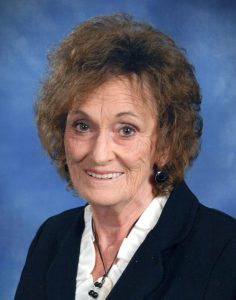 Judy Deal Thomas, 76, of Taylorsville, went to her heavenly home on Tuesday, May 4, 2021, at Iredell Memorial Hospital.

Judy was born July 13, 1944, in Alexander County, the daughter of the late Jacob Calvin Deal and Esther Childers Deal.

Those left to cherish and honor her memory include her daughters, Denise “Dee” Glaser (Howard) of Hiddenite, and Regina Leonard (Tommy) of King; her grandchildren, Dustin Lackey (Kimberly), and Angie Harrington (Israel); six great-grandchildren and one on the way; her sisters, Betty Louise Martin of Taylorsville, Patsy McDermott (John) of Maryland, and Debbie Coffey (Roger) of Lenoir; her brother, Richard Deal of Taylorsville; special friends and sisters-in-law, Carol Deal, Pat Deal, and Judy Southers; and a number of nieces, nephews, cousins, and friends.

A memorial graveside service will be held at 6 p.m., Saturday, May 22, 2021, at Pleasant Hill Baptist Church Cemetery.

Memorials may be made to Iredell County Hospice and Palliative Care, 2347 Simonton Road, Statesville, NC 28625.

Adams Funeral Home and Cremation Services is honored to be serving the family of Judy Deal Thomas.