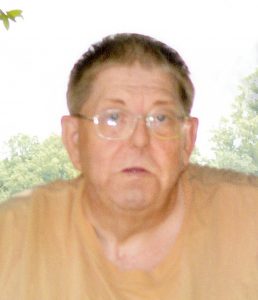 Rickey Lee Elder, 60, of Hiddenite, went home to be with his Lord and Savior on Saturday, May 8, 2021, at the Brian Center Rehabilitation in Viewmont after a 12 year battle with heart problems. He was of the Methodist faith.

Rickey was born Monday, June 20, 1960, in Alexander County, the son of the late Chaunce and Louise Elder.

He was preceded in death by his parents, Chaunce and loving Mama Louise; two brothers, Carson Lee Elder and Micheal Elder; two sisters, Barbara Davis and a baby sister; two brothers-in-law, Curtis Davis and Robert Wiles, Sr.; a nephew, Fletcher Puett; an aunt and an uncle; and fur babies, Angel and Mr. Wiggles.

A graveside service will be held at 1 p.m., Tuesday, May 11, 2021, at Carson Chapel United Methodist Church. Rev. Sammy Kiser will officiate.

Memorials may be made to Hospice of Alexander County, 50 Lucy Echerd Lane, Taylorsville, NC 28681.