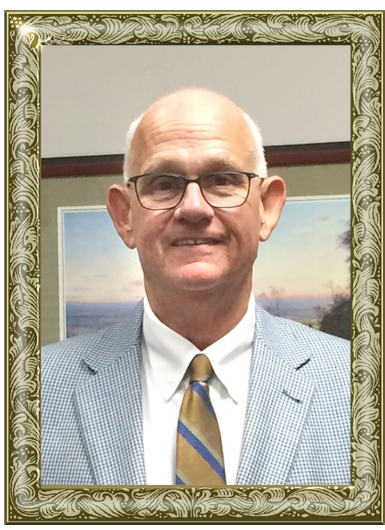 He was born July 31, 1958, in Forsyth County, the son of the late Daniel Walker Redding, Sr. and Ella Lois Craver Redding.

He had a Master of Divinity and served as minister for several churches including Tabernacle Baptist in Raleigh, Zebulon Baptist in Zebulon, Dudley Shoals Baptist, Center Grove, First Baptist Church in Taylorsville, and also served as chaplain of Alexander County Correctional Facility for 14 years. During his time at the prison, he felt as if God had placed him on this earth for prison ministry. He was a member of First Baptist Church in Lenoir.

He loved his grandson, Dylan, more than life itself. He enjoyed playing golf with his sons as well as other sporting events with his family. At South Caldwell High School, he was Booster Club President from 1999-2003. After 2003, until his health prohibited, he was a super fan of South Caldwell sports.

Including his parents, he was preceded in death by his brother, David Jon Redding.

Those left to cherish and honor his memory include his wife of 41 years, Anita Mock Redding of the home; his sons, Daniel Philip Redding (Carly) of Charlotte, Rev. Dr. Jonathan David Redding, Ph.D. (Erin Palmer) of Nebraska, and Thomas Marshall Redding (Tiffani) of Charlotte; his grandson, Dylan Redding; and his sister, Mary Ann Redding (Aunt Bird) of Winston-Salem.

The family will hold a Celebration of Life Service at 11 a.m., Saturday, June 5, 2021, at the First Baptist Church in Lenoir. Presiding ministers include Rev. Josh Hughes, Dr. David Smith, and Eulogy – Dr. Jonathan Redding. A time of fellowship will be held immediately following the service in the fellowship hall of the church.

Memorials may be made to Alexander County Christian Crisis Center, Taylorsville, NC 28681.

Adams Funeral Home and Cremation Services is honored to be serving the family of Rev. Daniel Walker Redding, Jr.