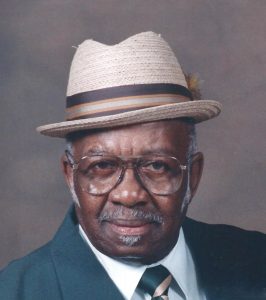 James Robert Howell, 90, of Taylorsville, departed his earthly life to enter into the gateway of paradise to live with his Heavenly Father forever on Friday, May 28, 2021.

James was born on October 25, 1930, to the late Ruby Howell and the late Issac Carlton. He was married to the late Henrietta Howell, who preceded him in death on July 3, 2019, after 64 years of marriage. He was a graduate of Happy Plains High School and A & T University where he majored in Horticulture. Mr. Howell also served in the US Air Force.

He joined St. John Baptist Church at an early age and remained until his death. He served as superintendent of Sunday school for 44 years and served as a deacon for more than 60 years including holding the position as chairman. He also served as President of the Senior Choir and an advisor to the youth/Gospel Choir and was President of the Heavenly Voices Gospel Choir for 27 years. He served many years on the executive board of the Yadkin Valley Missionary Baptist Association.

Mr. Howell worked at Broyhill Furniture in Newton for 45½ years and was presented with a grandfather clock for averaging a half-day out of work per year. After his retirement from Broyhill, he accepted a part-time job at the Taylorsville KFC and worked there for eight years. In addition, he served on the advisory board for Taylorsville Elementary School with the former Principal Darryl Moffitt.

The funeral will be conducted on Saturday, June 5, 2021, at 4:00 p.m., at Adams Funeral Home Chapel with full military honors to follow the service by the Alexander County Veterans Honor Guard. The body will lie in state on Friday, June 4, 2021, from 1-8 p.m. Due to Covid, Taylorsville Presbyterian Church will serve as an overflow for those who would like to attend the funeral on Saturday. The family requests, for the safety of others, that masks be worn while attending the service. The funeral will be conducted by Rev. Jeffrey Miller, officiating, Pastor Paul Sink, Rev. Mark Sharpe, Rev. William Little, and Rev. Frank Butler will perform the eulogy. Mr. Howell will be buried in the Mt. Carmel Baptist Church Cemetery.

Adams Funeral Home and Cremation Services is honored to be serving the family of James Robert Howell.