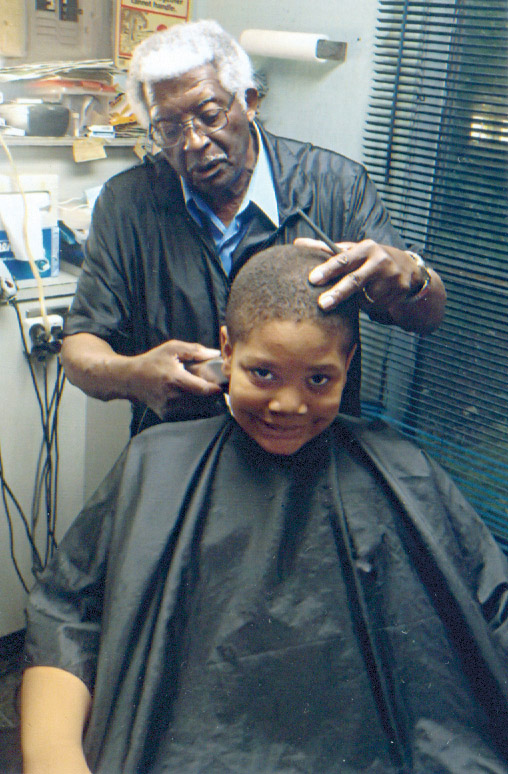 END OF AN ERA — Barber Jessie “Buster” Mayes, Sr., of Taylorsville, is shown Saturday, May 29, 2021, giving his last haircut. The recipient was Torrien Rose, age 9, of Hickory. Mayes has worked for 60 years in the barbering profession.

The lucky boy who received the haircut was nine year old Torrien Rose, from Hickory.

“I have been bringing my sons Torrien and Kerrien to Mayes Barber Shop for nine years,” said Taliah Tilley. “Mr Mayes makes me feel comfortable when he cuts their hair. I don’t know what I’m going to do now.”

Buster, that’s the name most people call him, has been cutting hair for 60 years. Raised on a farm, he decided that farm life wasn’t for him, so he watched his mentor and uncle, Isaiah Millsaps, cut hair. After Millsaps moved to Philadelphia, Buster’s dad bought him some clippers and he started cutting hair. Buster attended the Modern Barber School in Winston-Salem, NC, and cut under the late Lee Howell.

“God has blessed me from day one and I love my job,” said Mayes. The Navy veteran has cut thousands of heads of hair all over the world.

“My experience as a barber has taught me a lot about people. In this business, you can’t please everyone,” said Buster.

Mayes worked at General Electric in Hickory for many years while also cutting hair.

“For about twenty years, my customers would wait in my shop for hours to get a haircut. To stop the waiting period, I started taking appointments.”

His wife of 50 years, Fleta Mayes, says God has blessed him to own his shop.

He is a compassionate man who has cut four generations of hair. Sometimes, when families come in and didn’t have money to pay for their haircuts, he would cut the children’s hair for free or at a reduced price.

“In 1986, Jessie fell and hit his head. He had a concussion and lost his memory for a while,” said Fleta. For about six months, he had to learn to cut hair all over again. By the Grace of God, he recovered.”

“We are tremendously proud of him as a man of God and family leader,” said his niece, Denella Mayes.

Sterling Promus says, “He’s like a brother to me and I admire him. He taught me how to swim.”

Brittany Mayes, his granddaughter, says, “I love seeing him cut hair and enjoying what he loves to do.

Pastor Xenephon Lutz said, “He’s a good man and the same person when you meet him. Working with him at General Electric, we would talk about basketball teams from Hickory.”

“I have had some serious and funny adventures cutting hair and times I started to quit,” said Mayes. “I remember cutting the late Henry Gregory’s hair when, all of a sudden, lightning struck the shop and came through my clippers catching his hair on fire. I immediately dropped the clippers and started trying to beat the fire out of his hair. Frightened by the action, Blake Jones jumped up and said, ‘I will see you next week.’”

“Kids make this job funny, too. You never know what they are doing to say,” said Mayes. “They really make my day with a smile.”

“I have cut a lot of hair but the hartdest time I experienced was cutting my dad and brother’s hair after they died,” said Mayes.

The eighty year old deacon of Macedonia Baptist Church in Taylorsville would rather not retire, but his knees will not let him continue. He plans to catch up on reading books, newspapers, and watching Westerns. His favorite sports figures are Joe Frazier, Muhammad Ali, Richard Petty, and Willie Mayes. He gives thanks to the Taylorsville community for supporting him all these many years. He would like to give a special thanks to his wife, Fleta, for standing by him through thick and thin.

“She has always been there, supporting me, even though there were times we could have spent together. She sacrificed so that I might enjoy doing what I love to do, cut hair,” said Mayes.

He also gives God all the glory for allowing him to cut hair all these years.

Jessie is the son of the late Harvey and Lucille Mayes. He and his wife, Fleta, reside in Taylorsville and they have one son, Jessie Jr. and a daughter, Monique. They also have four grandchildren and one great-grandchild. 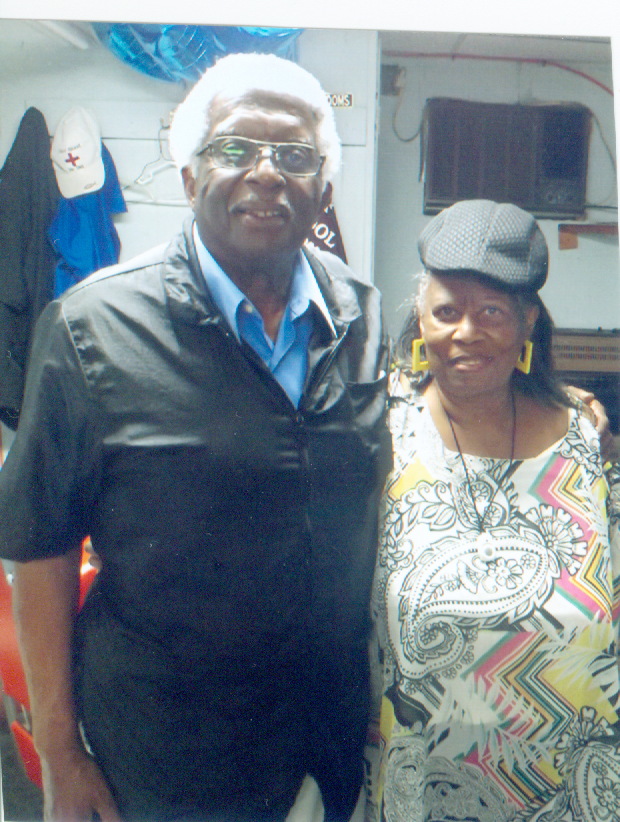