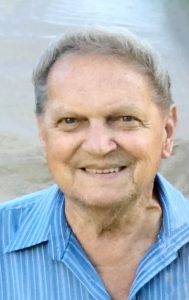 Conley Otis Burgess, 75, of Taylorsville, passed away on Tuesday, June 29, 2021, at Valor Hospice in Asheville.

Conley was born May 3, 1946, in Alexander County, the son of the late Pervie Otis Burgess and Jennie Mozelle Harrington Burgess.

Conley was a US Army veteran, who proudly served his country during the Vietnam Era, and was of the Christian faith. He had worked for Lewittes until their closure and also worked at Southern Devices until retirement. He loved going to flea markets and the family never knew what “surprises” he would bring them. He was a self-taught guitar player.

Including his parents, he was preceded in death by sisters, Gertie Treadway, Mary Ellen Lackey, and Athie Goble; brother, Lewis Burgess; and an infant brother.

The funeral service will be held at 2 p.m., Saturday, July 3, 2021, at Adams Funeral Home Chapel. Rev. Stephen Dagenhart and Rev. Neil George will officiate. Burial will follow in the Taylorsville City Cemetery with full military honors accorded by the Alexander County Veterans Honor Guard. The family will receive friends from 12:30 until 2 p.m. prior to the service.

Memorials may be made to Valor Hospice of Asheville, 1100 Tunnel Road, Asheville, NC 28805.

Adams Funeral Home and Cremation Services is honored to be serving the family of Conley Otis Burgess.