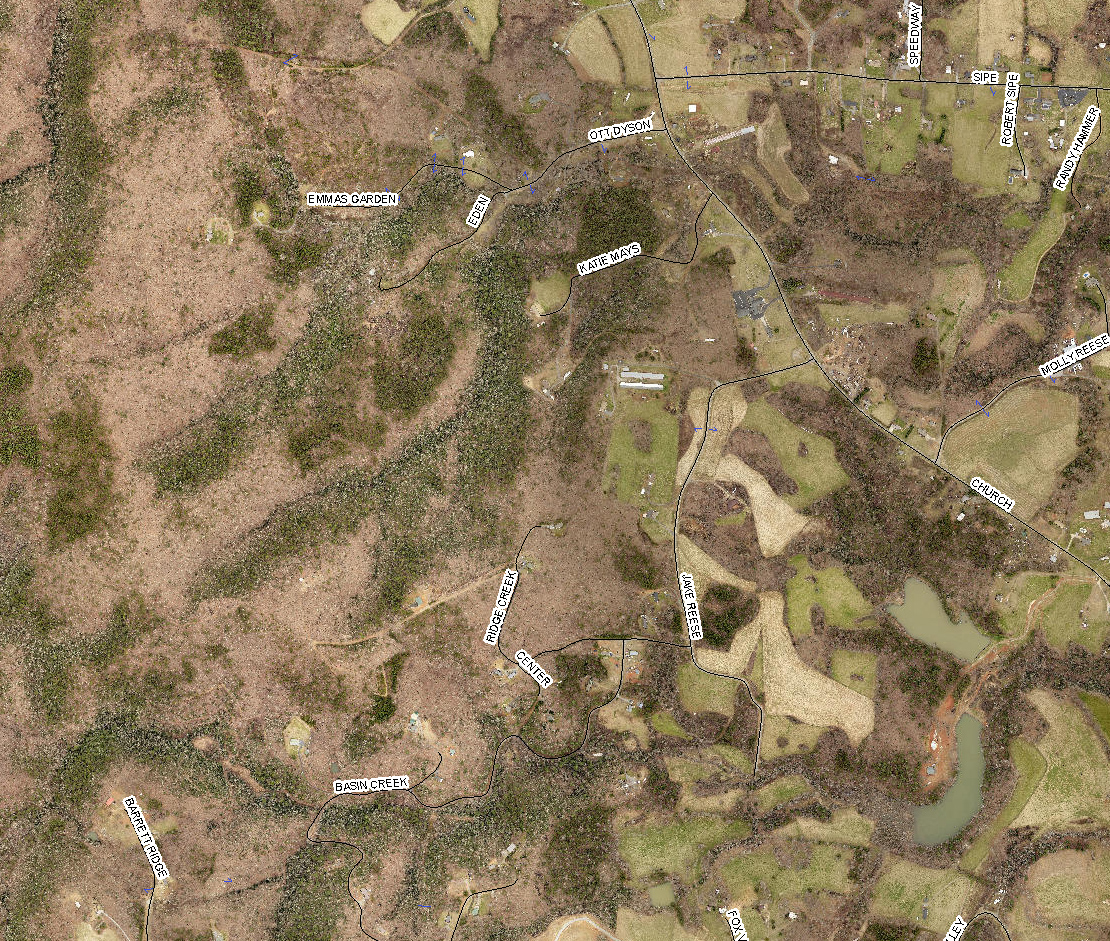 The woods fire on June 30, 2021, was in the area of Barrett Mtn. near the left center portion of this map. (Alexander County GIS image)

A woods fire was reported as smoke in the area on the north side of Barrett Mountain on Wednesday, June 30, said David Huffman, Alexander County Ranger, North Carolina Forest Service (NCFS). The smoke was visible from a distance but the fire was difficult to locate and access.

NCFS and Ellendale Volunteer Fire Department utilized Alexander Sheriff’s Office and Emergency Service drones to help locate the fire, due to it being a heavily wooded area. After getting better location information, NCFS put crews into the area using NCFS and Alexander Rescue utility vehicles (UTVs). The NCFS Scout plane was requested by County Ranger Huffman and was able to facilitate easier access for crews. Handlines for fire control were cleared by NCFS Alexander Strike team members with a crew of 9-10 people, including members from Ellendale VFD.

The Strike Team and UTV deployed from site was off Emma’s Garden Lane off Ott Dyson Court, which is off Church Road.

“The fire was located roughly in the middle of Ott Dyson Court and Jake Reese Court, in rough terrain. We were able to get a brush truck into the area but fire was contained by handline and backfiring,” said Huffman.

The fire was contained at 1.5 acres in size. Huffman said the fire could have been larger but quick action and summer green-up of vegetation help limit the spread. The cause is under investigation. Huffman said he thanks all agencies and neighbors who helped in this effort.