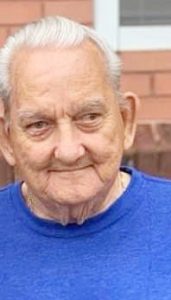 Ed was born December 26, 1940, in Catawba County, the son of the late Claude Worley and Mable Price Worley.

He had retired from the furniture industry and was of the Baptist faith. He loved to fish; there was nothing that he could not build, toy boxes, baby cradles, and cabinets. He loved spending time with his family.

Including his parents, he was preceded in death by: his wife, Linda Stafford Worley; his grandson, Jessie Gibson; his great-grandson, Quinton Turpin; his sisters, Mary Francis Worley, Alice Faye Worley, Bettyrae Hefner, and Elsiemae Poole.

The funeral service will be held at 2 p.m., Sunday, July 25, 2021, at Adams Funeral Home Chapel. Rev. Hampton Drum will officiate. Burial will follow in the Friendship Community Cemetery.

Adams Funeral Home and cremation services are honored to be serving the family of Edward O. Worley.