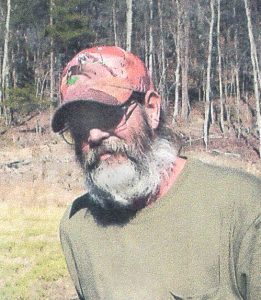 He was born September 14, 1957, in Catawba County, the son of Wayne M. Byers and the late Ann Bowman Byers.

He was a self-employed mason and of the Lutheran faith. He was an avid hunter, enjoyed fishing, and was a competitive shooter.

Including his mother, he was preceded in death by a grandson, Robert Anthony Byers.

In addition to his father, those left to cherish and honor his memory include his wife, Rebecca “Becky” Shook Byers of the home; his son, Michael Byers and girlfriend Ashley Kenney of Lawndale; his grandchildren, Jordan Byers and Elijah Byers; his sister, Leigh Ann Benson (Tom) of Stokesdale; and a number of nieces, nephews, cousins, and friends.

Memorials may be made to Hands of a Sportsman, C/O Taylorsville Hunt, 130 Cimmaron Circle, Kannapolis, NC 28081.

Adams Funeral Home and Cremation Services is honored to be serving the family of Timothy “Sid” Wayne Byers.