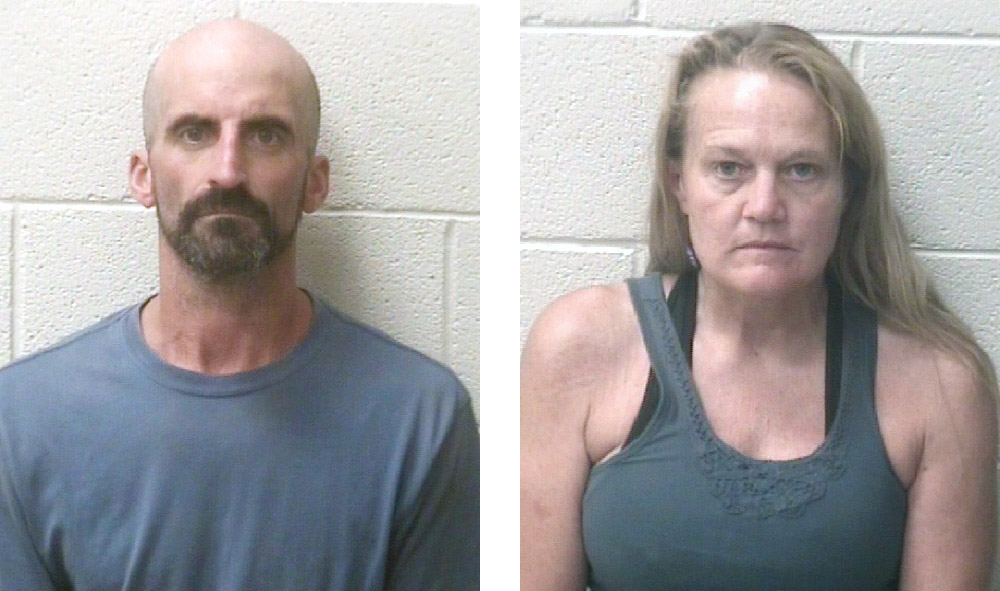 The Taylorsville Police Dept. and Alexander County Sheriff’s Office have investigated and charged two people in multiple break-ins at a storage facility.

On July 27, 2021, Michael Chad Hedrick, Jr., came to the Sheriff’s Office to file a report of stolen property from a break-in at the storage building at 41 Boston Road, Taylorsville. The report was filed by Sgt. M A. Millsaps of the Taylorsville Police.

That evening, Sheriff’s Office Detective L. Hoyle advised the Taylorsville Police that he had located Hedrick’s property at a location on Robinette Road.

The couple was located at 2336 Springs Road in Hickory. Both suspects were arrested and taken into custody there. The vehicle was towed to the Alexander County Evidence Building, according to Taylorsville Police Det. Sgt. E T. Windsor.

David Lee Brittain, 42, of Hickory, was charged with the Breaking or Enterings that occurred between October 26, 2020, and October 27, 2020, and January 8-9, 2021, as well as July 17 and 24 of this year. This amounted to 25 counts of Breaking Or Entering and six other offenses charged by Taylorsville Police. Sheriff’s Office Investigators charged Brittain with a total of 17 counts of Felony Breaking & Entering and 3 counts of Felony Larceny after Breaking & Entering for breaking into various storage units throughout the county. Brittain was placed in custody under a $500,000 secured bond. Brittain has been linked to break-ins that occurred dating as far back as 2019, stated Alexander County Sheriff Chris Bowman.

“This is still an active investigation with more charges forthcoming,” the Sheriff added. Sheriff Bowman would like to thank the Taylorsville Police Department for their assistance in this case.
Melissa Dawn Warren, 47, of Hickory, was charged by the Taylorsville Police with eight counts of Breaking Or Entering and one count of Larceny. She was placed in custody under a $5,000 secured bond.

A first appearance on these charges is planned August 2 in Alexander County District Court in Taylorsville.