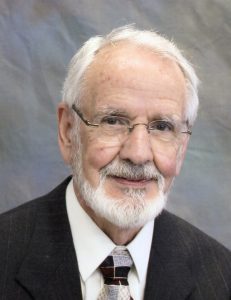 John was born January 26, 1937, in Alexander County, the son of the late Donald Vance Lackey and Almetta Ovella Baker Lackey.

He was a US Army veteran and was of the Christian faith. He worked for Southern Furniture for over 45 years. John enjoyed sports of all kinds, Braves baseball, NASCAR, but his most loved sport was miniature golf. He enjoyed walking on a daily basis and was an avid reader.

Including his parents, he was preceded in death by: his wife, Mary Ellen Burgess Lackey; a sister, Phyllis Templeton; a twin brother, James “Gruff” Lackey; brothers-in-law, Ralph Templeton, Bill Stiles.

The funeral service will be held at 2 p.m., Monday, August 9, 2021, at Adams Funeral Home Chapel. Rev. James Smith will officiate. Burial will follow in the Taylorsville City Cemetery with full military honors accorded by Alexander County Veterans Honor Guard.
The family will receive friends one hour prior to the service.

Memorials may be made to: Gordon Hospice House, St. Jude Hospital, or Alexander County Animal Services.

Adams Funeral Home and cremation services are honored to be serving the family of John Rabon Lackey.