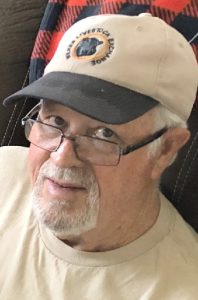 Jimmy Dean Pearson, 70, of Hiddenite, passed away unexpectedly on Wednesday, August 11, 2021, at his home.

Jimmy was born February 1, 1951, in Alexander County, the son of the late Romie Spencer Pearson and Alba Elizabeth Johnson Pearson.

He had worked for Lewittes, but was working at the Statesville Auto Auction prior to his death. He was a faithful member of Thomas Street Church of God, where he was very dedicated and taught Sunday school in his earlier years. He loved his family very much and his church family. He enjoyed restoring tractors and cars.

Including his parents, he was preceded in death by his brothers, Jerry Wayne Pearson and Lonnie Pearson; brother-in-law, Tommy Smith; nephew, Wesley Brucke; and niece, Debra Passmore.

The funeral service will be at 4 p.m., Tuesday, August 17, 2021, at Thomas Street Church of God in Stony Point. Pastor Ken Nelson will officiate. Burial will follow in the church cemetery. The family will receive friends from 2-4 p.m. prior to the service.