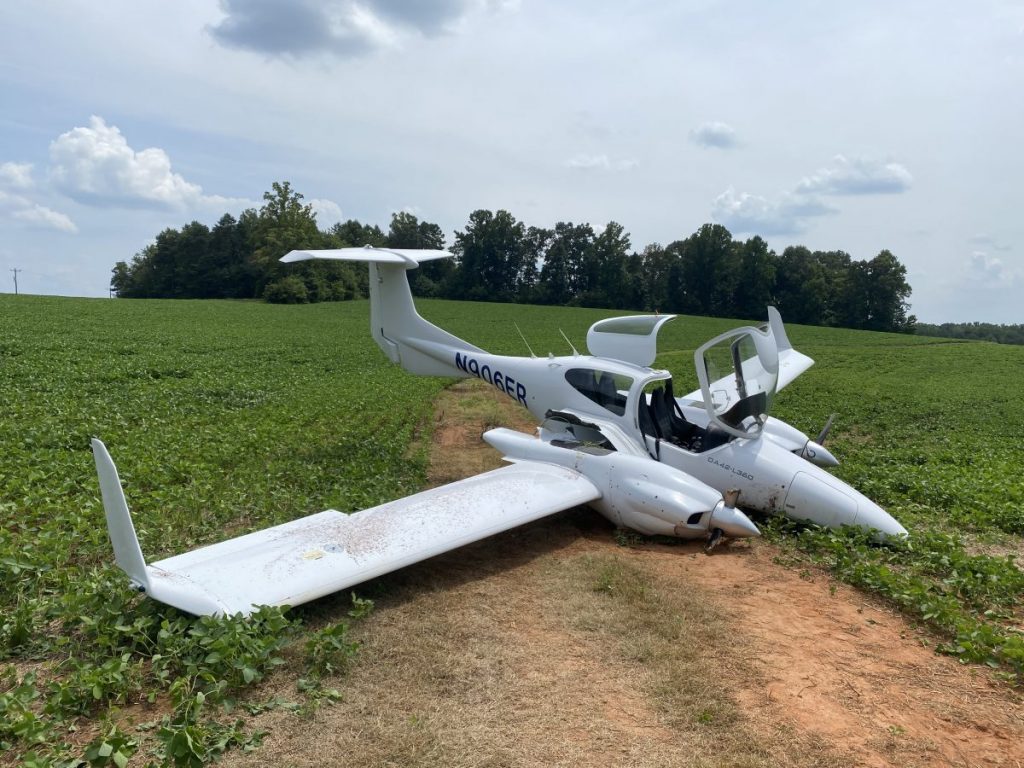 HARD LANDING — Pilots of this plane made an emergency landing on Monday, August 9, in a field next to Sulphur Springs Road in Hiddenite. Thankfully, no one was injured.

A rough landing on Monday, August 9, caused damage to an airplane in the Hiddenite area, according to authorities.

Sgt. S.D. Martin of the N.C. State Highway Patrol noted his agency received a call about 1:54 p.m. to respond to the incident, which occurred in a soybean field at 3489 Sulphur Springs Rd.

A twin-engine aircraft, of the type often used for training, was en route from Gastonia to Wilkesboro, said Martin. The pilot, certified flight instructor Dylan O’Neal, of Mooresville, said he and his student (not named in the report) were doing training and maneuvers. As they were practicing recovering from a stall, the pilots brought one of the engines back on but the other engine began to sputter. They tried to pull up on the controls but the plane did not respond upward. Martin said the pair quickly dropped the landing gear and had to land in the field. It was observed that propeller blades were sheared off against the soil in the landing as well.

A notice of the incident, filed on the Federal Aviation Administration website, noted the “Aircraft nose gear collapsed after making an emergency landing in a field.”

The FAA report listed the aircraft as a Diamond DA42.

Neither the pilot nor co-pilot were injured. The FAA and National Transportation Safety Board are investigating.