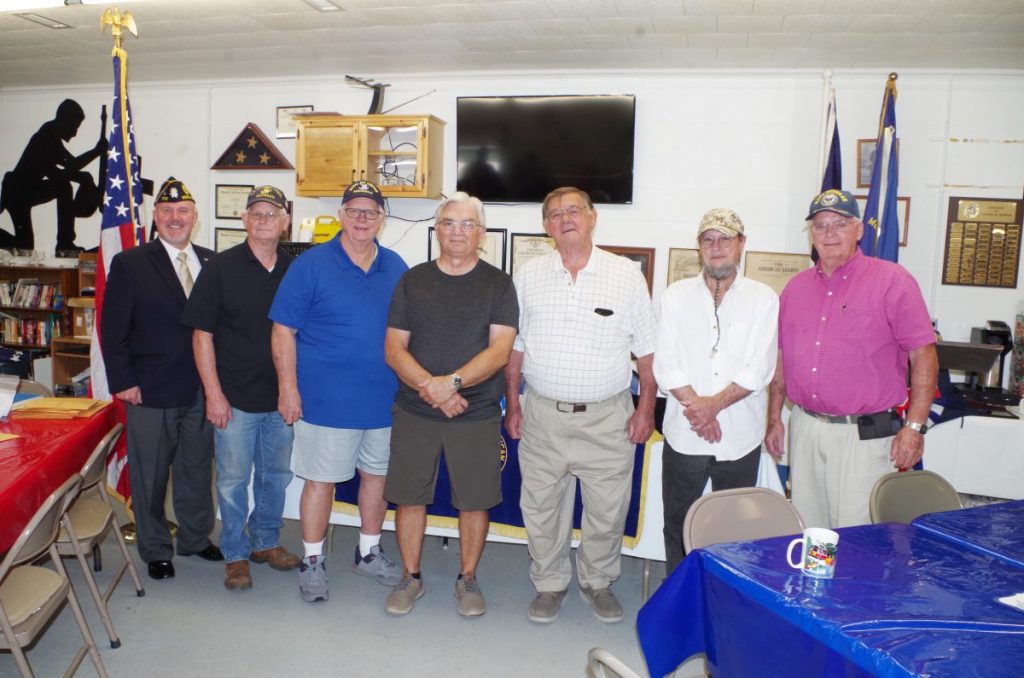 Vietnam Veterans from Alexander County were honored at a ceremony on August 2, 2021, which is the 57th anniversary of the Gulf of Tonkin incident that many believe started the Vietnam War. The ceremony, which began with a delicious buffet breakfast for all veterans in attendance, was held at the DAV Chapter 84 building on Carrigan Road.

Alexander County Veterans Service Officer Cherry Kilby helped plan and coordinate the recognition ceremony. She emphasized that this breakfast and ceremony is the first of a series of events to personally honor local Vietnam Veterans, of whom there are more than 500 in Alexander County. If you are a Vietnam Veteran and wish to be included in future recognition ceremonies, please contact the Veterans Service Office at (828) 632-5411 or send an email to ckilby@alexandercountync.gov.

American Legion Post 170 Commander Scott Hines led the ceremony. “The Vietnam Veterans we honor came from all walks of life, but they shared several fundamental qualities – courage, pride, determination, selflessness, dedication to duty, and integrity. They were ordinary people who responded in extraordinary ways in extreme times.”

The widows of local Vietnam Veterans were also recognized by having their Veteran’s name called, and receiving a Lapel Pin and a Certificate of Honor.

Dale Chapman, a Vietnam Veteran who spent some time in the Gulf of Tonkin, was the guest speaker for the service. He joined the US Navy on November 10, 1965, right out of high school. From basic training, Chapman was stationed aboard the USS New London County, which was sent to Vietnam in January 1966. He also served aboard the USS Annapolis, USS Compass Island, and USS Puget Sound. He was discharged on October 1, 1969. At the service, Chapman had a panel board on display with photos and information from his time in the Vietnam War.

During the ceremony, a brief history of the Gulf of Tonkin incident was presented. The incident occurred in the early morning hours of August 2, 1964, when three North Vietnamese torpedo boats attacked the USS Maddox while it was in international waters. During the ensuing firefight, with air support from the USS Ticonderoga, one torpedo boat was destroyed and the remaining two were badly damaged. Classified documents released in 2005 and 2006 document the ensuing confusion regarding the alleged attacks on the USS Maddox and USS Turner Joy on August 4, 1964. In the confusion and possible miscommunication, both the Secretary of Defense Robert McNamara and President Lyndon Johnson believed that the incident had occurred and asked Congress to pass the Gulf of Tonkin Resolution. This resolution was signed into law three days later. The resolution authorized the chief executive to “take all necessary measures to repel any armed attack against the forces of the United States and to prevent further aggression.” This effectively launched the United States full-scale into the Vietnam War.

View more photos from the event at www.bitly.com/ac-vietnam-veterans-honored. 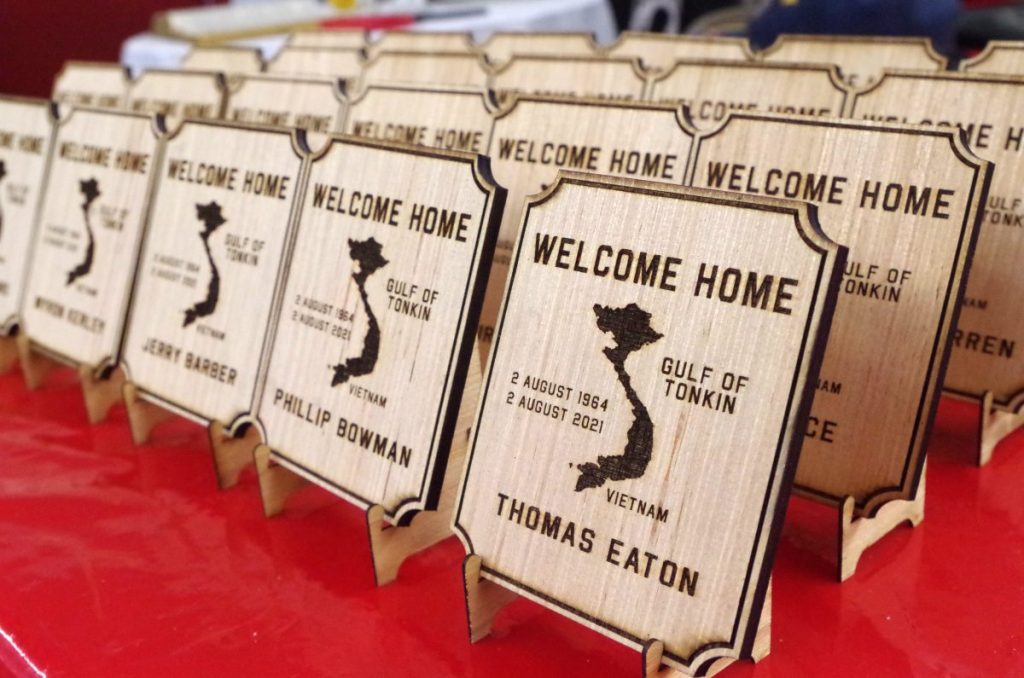 Wooden plaques were presented to Vietnam veterans at the August 2 ceremony. 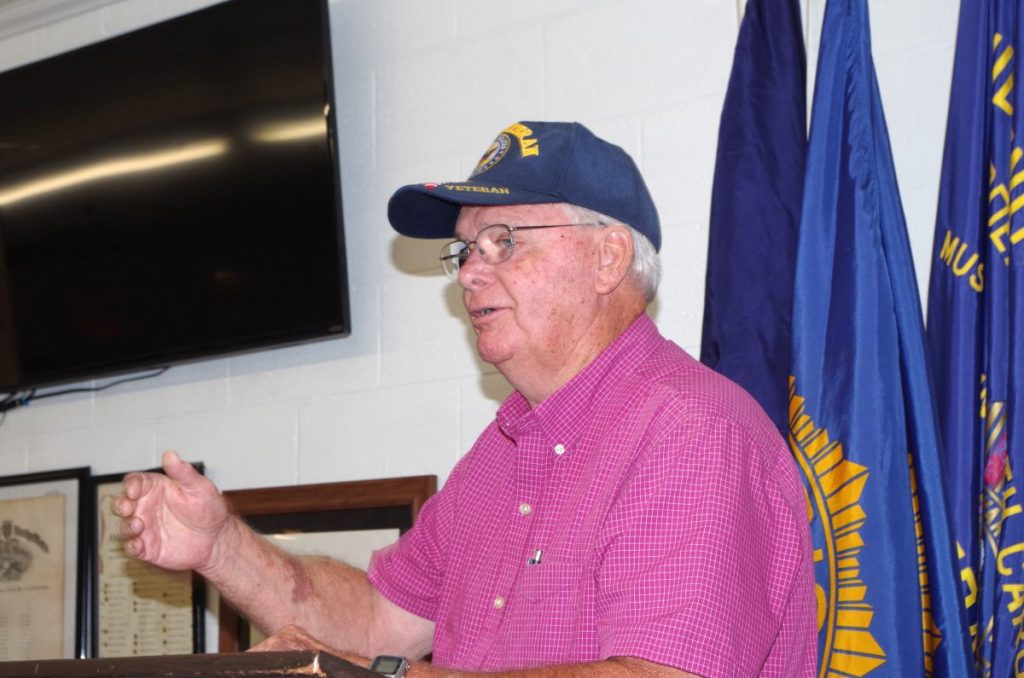 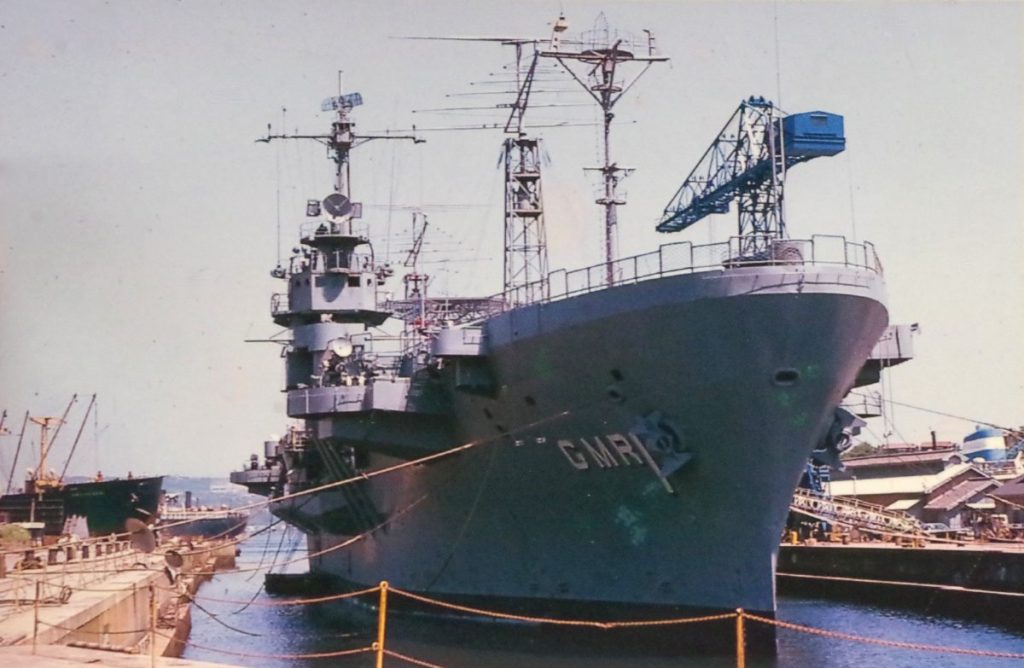 The USS Annapolis, one of the ships on which U.S. Navy Petty Officer 2nd Class Dale Chapman served. 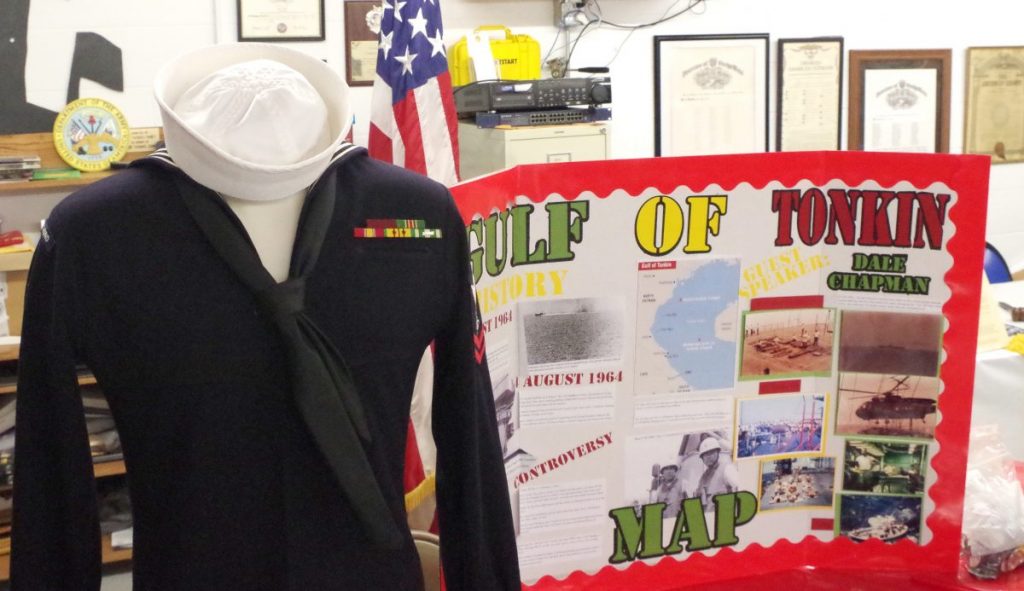 Part of the display at the Gulf of Tonkin ceremony involved the uniform of USN Petty Officer 2nd Class Dale Chapman, maps, and photos of the Vietnam era.