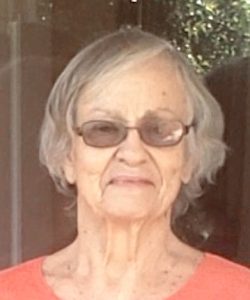 She was born June 11, 1939, in Alexander County, the daughter of the late Henry Hayes and Virginia Draughn Hayes.

She had worked as a secretary for the Alexander County Chamber of Commerce and also a homemaker. She was a member of Temple Baptist Church in Stony Point, where she taught Sunday school and sang in the choir. She was an avid shopper and a volunteer for the Mobile Café. She was a previous volunteer for the Nutrition Program at Salem Lutheran and a devoted mother, wife, grandmother, and sister.

Including her parents, she was preceded in death by her husbands, Ned Icenhour and Alvie Estep; her daughter, Sherry Baker; her sister, Margaret Alexander; her brother, Gaither Hayes; two brothers and a sister also preceded her at birth; and brother-in-law, Gary Icenhour.

The funeral service will be held at 4 p.m., Sunday, August 15, 2021, at Temple Baptist Church. Pastor Tony Bunton will officiate. Burial will follow in the church cemetery. The body will lie in state from 2-5 p.m., Saturday, August 14, 2021, at Adams Funeral Home.

Memorials may be made to the Mobile Café.

Adams Funeral Home and Cremation Services is honored to be serving the family of Ada Lillian Hayes Estep.