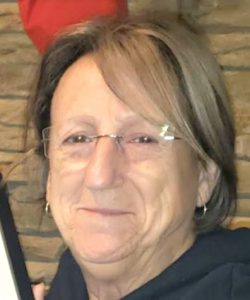 She was born November 2, 1953, to the late Hub and Pauline Goble Childers. Martha was a member of Beulah Baptist Church and loved God along with her church. During her working career, she worked at the Alexander Board of Education and the Alternative School until retirement.

She loved spending time with her grandchildren, watching them play sports and having sleepovers. In her high school years, she was very athletic, playing basketball. Martha enjoyed yard work and doing anything outside. She took many road trips over the years that she enjoyed with her friends and family.

Along with her parents, she was preceded in death by her spouse of 41 years, Harold Dean Hammer; an infant son, Harold Joel Hammer; and a brother, Jerry Childers.

In lieu of flowers, donations may be made to Beulah Baptist Church at 336 Black Oak Ridge Rd, Taylorsville, NC 28681.