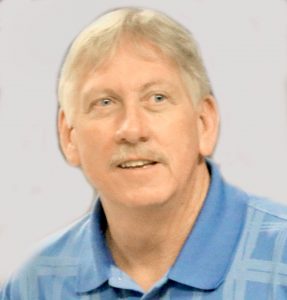 Rick Childers, 66, of Taylorsville, met his Lord and Savior on Wednesday, August 18, 2021, at his home, surrounded by his family.

Rick was born May 1, 1955, in Alexander County, the son of the late Ceph Childers and Cloice Childers Childers.

He worked for Comm-Scope for 30 years and was a member of Bethel Baptist Church but attended Pleasant Hill Baptist Church. He enjoyed sports, especially the Carolina Tar Heels college basketball, taking trips to the beach, but, most of all, he loved his family, especially his grandchildren.

Including his parents, he was preceded in death by a brother, Carl Childers; and brothers-in-law, Kenneth Daniels and Carl Jolly.

The funeral service will be at 5 p.m., Saturday, August 21, 2021, at Bethel Baptist Church. Rev. Phil Jolly, Rev. Bill Smith, and Rev. Chris Goforth will officiate. Burial will follow in the church cemetery. The family will receive friends one hour prior to the service. The service will also be transmitted on 90.1 FM.

Memorials may be made to The Gideons International or Bethel Baptist Cemetery Fund.

Adams Funeral Home and Cremation Services is honored to be serving the family of Rick Childers.