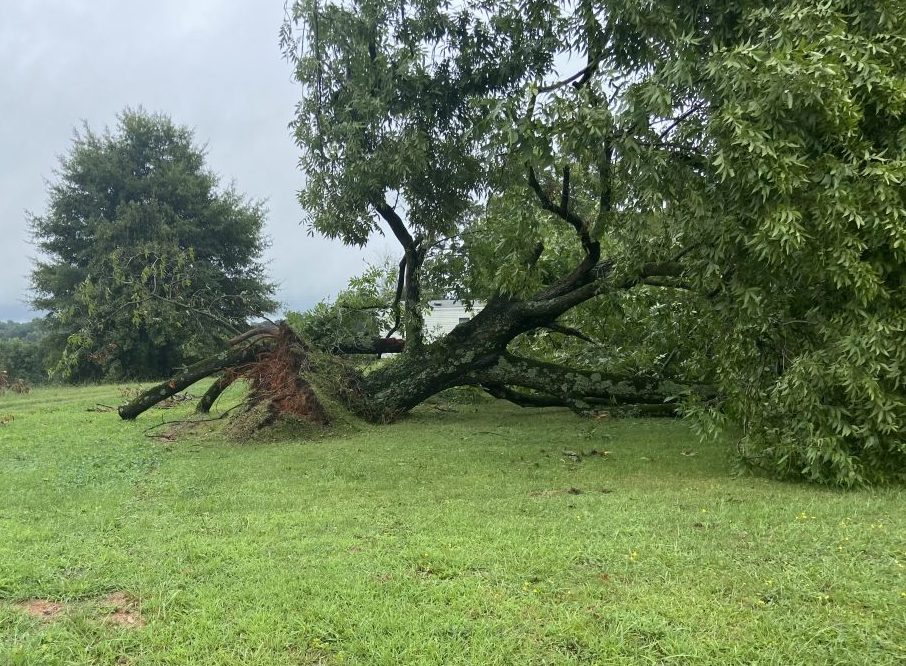 The National Weather Service of Greenville-Spartanburg, SC, issued three Tornado Warnings for Alexander County, with confirmed touchdown of one in the eastern area of the county, on Tuesday, August 17. Other than minor power outages and trees blocking roadways on Lentz Road, Vashti Fire Dept. Road, and a tree down next to Taylorsville Savings Bank in Hiddenite, Alexander County officials told The Times there were no structure damage reports.

Just before noon, the first tornado warning was sounded for eastern Alexander County. and northwestern Iredell. The warning was 11:36 a.m. to 12:15 p.m. At 11:36 a.m., a confirmed tornado was located 7 miles east of Taylorsville, or near Stony Point, moving north at 35 mph. Emergency management confirmed the tornado, the NWS alert stated. The NWS extended the warning to 12:45 p.m.

The Weather Service later issued a Tornado Warning for Western Alexander County in and northeastern Caldwell County in from 3:06 until 3:45 p.m. The source of this NWS warning was radar-indicated rotation in the system.

Update: NWS personnel indicated on Twitter that after conducting a storm survey in Alexander County on Wednesday, Aug. 18, it was determined an EF-1 tornado occurred southwest of Stony Point, NC on Tuesday.

Damage was almost entirely limited to uprooted hardwoods and snapped softwoods, with the most significant damage being a stand of pine trees on Waugh Farm Rd that were snapped as high as 20 feet above the ground. A couple of homes did receive very minor structural damage, according to NWS. 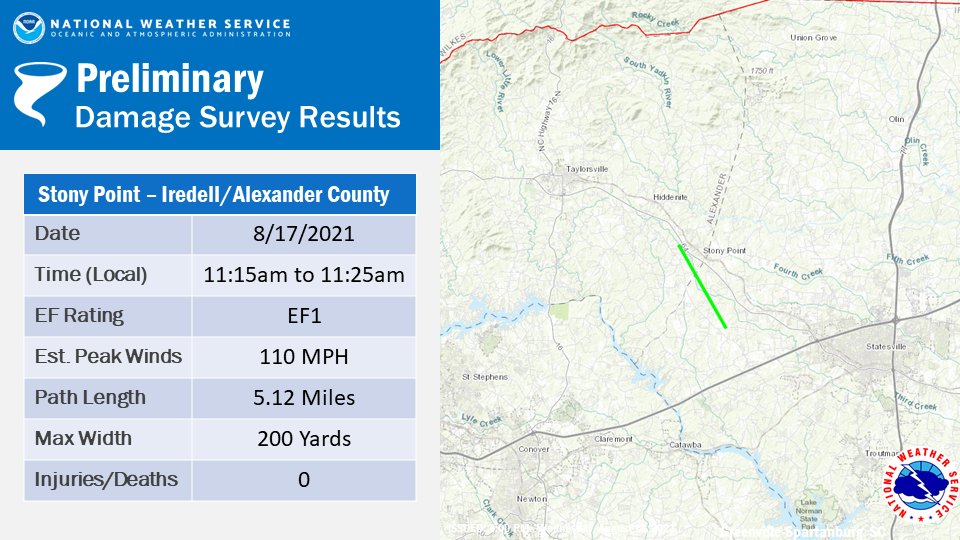 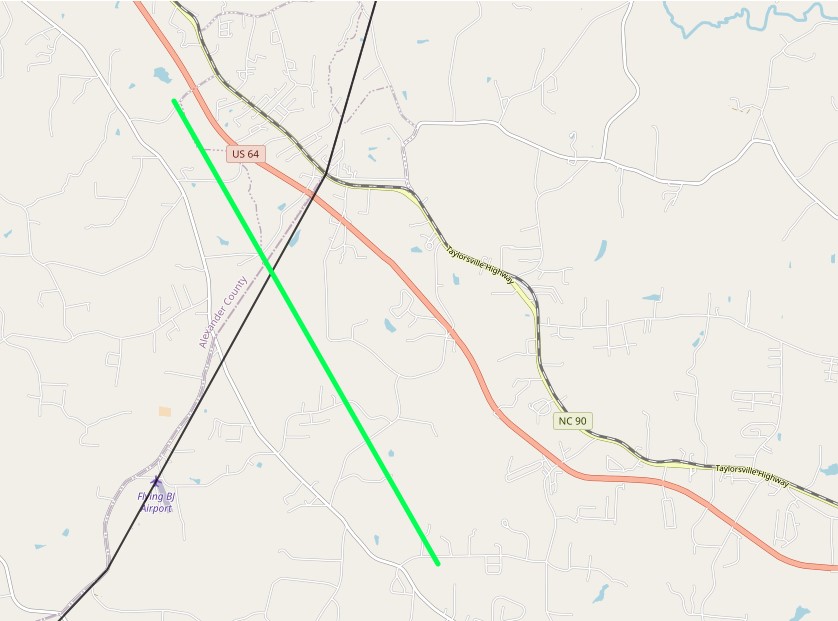