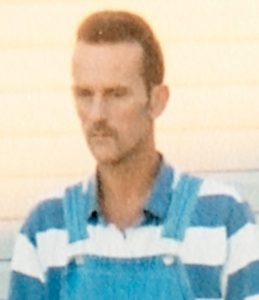 He was born on July 26, 1963, to the late Stonewall Jackson Transeau and Doris Bullock Transeau.

He was preceded in death by two sisters, Robin Nunnery and Nancy Transeau.

As a young man, Johnny served in the United States Army. He found peace and enlightenment in reading his Holy Bible and spending time with his daughters and grandkids. Johnny also enjoyed playing guitar, fishing, gardening, wood carving, looking for gemstones at the Hiddenite Mines, playing the lottery, and listening to a variety of music, but he mostly enjoyed Christian, Rock, and Country.

His memory will live on in the hearts of many. His daughters look forward to the day they are reunited with their dad in God’s new earth. May Johnny find comfort in the hands of angels.

Miller Funeral Service in North Wilkesboro is in charge of the arrangements. Online condolences may be made to www.millerfuneralservice.com.