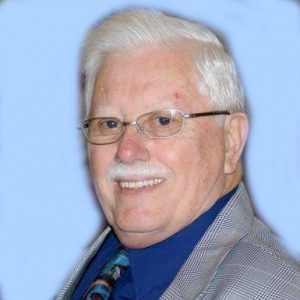 Frank was born March 28, 1938, in Bluefield, West Virginia, the son of the late Joseph Herndon and Bertha Bell Herndon.

He was a self-employed owner of Radio Shack in Taylorsville. He was an active member of Taylorsville Presbyterian Church. He enjoyed traveling, especially to Alaska; he made several trips there with his wife. He also enjoyed auctions and watching his grandsons bowl.

Including his parents, he was preceded in death by his wife, Janet E. Herndon; daughter, Sherri Troup; and two brothers.

Those left to cherish and honor his memory include his son, Bryan Herndon (Cindy) of Stony Point; grandchildren, Kyle Troup and Tyler Troup, both of Taylorsville, Justin Perry (Rebecca) of Roaring River, and Cameron Perry of Charlotte; and great-grandchildren, Christopher Perry and Greyson Perry.

A Celebration of Life Service will be held at 3 p.m., Saturday, August 28, 2021, at Taylorsville Presbyterian Church Fellowship Hall. Rev. Paul Sink will officiate. The service will also be broadcast on the church website: taylorsvillepresbyterianchurch.org and also on the church Facebook page.

Memorials may be made to Hospice of Iredell County, 2347 Simonton Road, Statesville, NC 28625.

Adams Funeral Home and Cremation Services is honored to be serving the family of Frank Herndon.