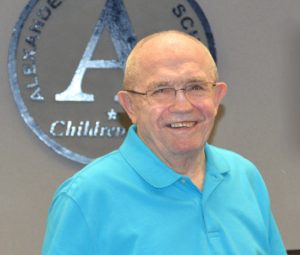 Alexander County Schools leaders will hold an Award of Honor Ceremony for Mr. Aaron Spry this week. The ceremony is scheduled for Sunday, August 29, beginning at 2:30 p.m. in the Alexander Central Auditorium.

Spry served the school system as teacher, coach, principal, and other roles for 50 years.

He was born in Cooleemee, NC, in 1937, according to nomination information from his son, Jeff. Spry graduated from Cooleemee High School in 1955 and earned his Associates Degree in Physical Education/Social Studies from Wingate College in 1957. It took a little longer to get his Bachelor’s Degree from Appalachian State Teachers’ College because he and his brother had to take turns coming home to work in the cotton mill so the other could work toward his degree. He completed his student teaching in Thomasville at Main Street Junior High and earned his undergraduate degree in 1961.

During his final semester, Spry was also serving his country in the Army at Fort Jackson. On the day he completed his active duty, he drove to Boone to look at the listings for teaching positions nearby. He was told he had just missed Mr. Harvey Young, the principal at Sugar Loaf Elementary, who was looking for an eighth-grade teacher and potential football coach. Spry immediately drove back down Hwy 16 and stopped at L.E. Herman’s gas station to get directions to Mr. Young’s home. He was hired on the spot.

Spry began his first year as an educator at Sugar Loaf in the fall of 1961. He married Linda Templeton of Salisbury in 1962. She was not excited about moving to a town she did not know; he asked her to give it one year and they would see what happened. This began over fifty years of sinking roots into a community they both loved and impacting the lives of at least three generations of children. 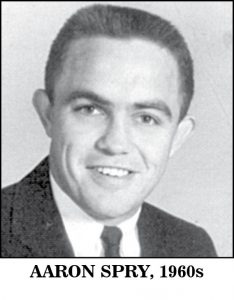