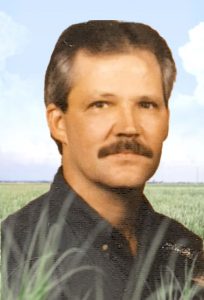 He was born December 12, 1960, in Iredell County, the son of Geraldine Moose Sharpe and the late Charles “Tootie” Sharpe.

He was a self-employed mechanic and attended Concord Baptist Church. In his younger days, he loved to dirt track race with his dad. He enjoyed hunting, riding horses, and most of all, he loved his little dog, Skunk.

Including his father, he was preceded in death by his brother, Randy Sharpe.

In addition to his mother, those left to cherish and honor his memory include his daughter, Courtney Sharpe of Hiddenite; his sisters, Patricia Justice of Hiddenite, twin sister, Gail Wike (Kenny) of Taylorsville, Sonya Black of Statesville, and Cathy Rector of Taylorsville; special friend, Cathy Small; and special aunt, Maxine West.

A private service will be held.

Adams Funeral Home and Cremation Services is honored to be serving the family of Charles Dale Sharpe.