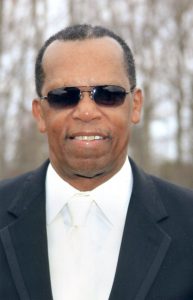 Nelson was born March 21, 1952, in Alexander County, the son of the late Robert Nelson Boston and Mandy Alverta Teague Boston.

He was the owner and operator of Nelson’s Body Shop and a member of Liberty Grove Baptist Church where he was on the finance committee and sang in the choir. He enjoyed being outside working in the yard, fishing, cooking, but, most of all, being with his family, especially the grandchildren.

Including his parents, he was preceded in death by his first wife, Waynette Ferguson Boston, the mother of his children; his daughter, Tamorah Waynette Boston; and his grandson, Hubert Montenegro, Jr.

Those left to cherish his memory include his wife, Erika Roderick Boston; his daughters, Talia Boston Godfrey (Shannon) of Taylorsville, and Tiffany Boston (Leah) of Durham; his grandchildren, Bryson Godfrey, Silas Godfrey, Elaina Godfrey, Amelia Godfrey, Olivia Godfrey, Lexsis Mayberry, and one on the way; his great-grandchildren, Braeden Godfrey and Giana Boston; his sisters, Carol Boston Featherston (Alonza “Butch”) of North Wilkesboro, and Bobbie Jean Boston Lipford (Carl) of Taylorsville; and a host of nieces, nephews, cousins, and friends.

A graveside service will be held at 11 a.m., Saturday, September 11, 2021, at Liberty Grove Baptist Church. Rev. Elliot Boston will officiate. The body will lie in state from Noon until 5 p.m., Friday, September 10, 2021, at Adams Funeral Home.

Adams Funeral Home and Cremation Services is honored to be serving the family of Nelson Junior Boston.