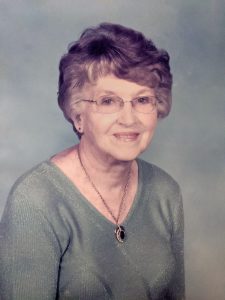 Dorothy June Childers Kerley, 89, went home peacefully to be with her Lord, surrounded by her family, on September 17, 2021.

She was born April 19, 1932, in Alexander County, to the late Elsie Childers. During her working career, she was in retail sales and was a very meticulous seamstress. She was also an avid gardener and enjoyed many hours in her flowers. The most important thing to her was her Lord and she served him at Macedonia Baptist Church for many faithful years. Second to her savior was her family, caring for them no matter what it was.

Along with her mother, she was preceded in death by her grandparents, Harvey and Amelia Childers; her spouse, Rev. Grady Walter Kerley; two brothers, Wayne Childers and Darrell Childers; two sisters, Daphene Bowman and Muriel Elder; two sons-in-law, Danny Hammer and Wayne Murphy; a grandson, Eric May; and a great-granddaughter, Autumn Kerley.

In lieu of flowers, donations may be made to Iredell Hospice at 2347 Simonton Rd, Statesville, NC 28625; or Macedonia Baptist Church Building and Remodeling Fund at 63 Macedonia Church Rd, Taylorsville, NC 28681.