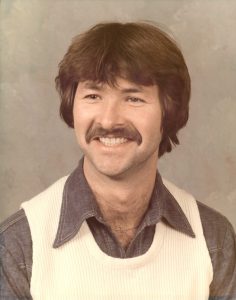 TR was born May 5, 1953, in Iredell County, to the late Joe Billy Mayberry and Pearl Moose Mayberry of Stony Point. He worked for Ansco Cable and was a member of Stony Point Baptist Church.

In addition to his father, he was preceded in death by two brothers, Eddie Mayberry and Craig Mayberry, and a sister, Diane Dagenhart.

In addition to his mother, survivors include two brothers, Jerry Mayberry and wife Bonnie of Stony Point, and Steve Mayberry of Statesville; a sister, Judy M. Moose of Hiddenite; and several nieces and nephews.

Memorials may be given to the Stony Point Baptist Church Building Fund at 231 Ruritan Park Rd, Stony Point, NC 28678.

All CDC guidelines will be followed.