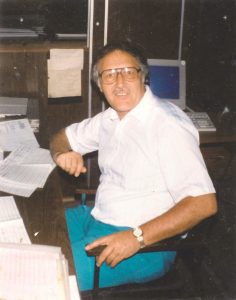 Phil was born May 30, 1936, in Alexander County, to the late William Zachariah Mayberry and Hessie Barnes Mayberry. He was retired from Hunt Manufacturing as a supervisor. Phil also served in the US Army during the Korean War. He was a member of Liberty UMC.

In addition to his parents, he was preceded in death by an infant sister, Maryland Nellie Mayberry.