Response to a wreck that occurred on Tuesday morning, on the unpaved portion of County Home Road, led to the discovery of an unrelated dead body, according to Alexander County Sheriff Chris Bowman. A wallet found nearby contained the ID of a man who was reported missing recently.

On September 28, 2021, at approximately 7:30 a.m., the Alexander County Emergency Communication Center received a call about a vehicle accident located on County Home Road, near the intersection of Millersville Road, south of Taylorsville. Alexander County EMS, along with North Carolina Highway Patrol, responded to the traffic accident. The driver of the wrecked vehicle was transported to a local hospital.

During the accident, the driver’s dog, a pit bull mix, escaped the wrecked vehicle. The driver’s brother came to the scene to wait on a wrecker that was requested by the owner of the vehicle. The wrecker was coming from Caldwell County. During that time, the brother stepped into the woods in an attempt to locate the missing dog. While in the woods, the motorist’s brother came upon a wallet. Several feet away from the wallet, he saw what looked like a human body, severely decomposed. At that time, he immediately called the Alexander County Emergency Communication Center and reported the discovery.

At 9:28 a.m., Alexander County Sheriff Deputies and Investigators responded to the scene. An investigation ensued and it was confirmed that a human body had been discovered, suffering from severe decomposition.

The wallet that was found in the woods close to the body contained a North Carolina Identification Card with the name Jason Anthony Riddle, W/M, of Stony Point, born March 17, 1982.
A North Carolina Medical Examiner was contacted and responded to the scene. The Medical Examiner scheduled an autopsy for identification purposes and attempt to determine cause of death. Sheriff Bowman said the autopsy is likely to take place Friday.

On September 9, 2021, Jason Riddle was reported missing by a family member to the Alexander County Sheriff’s Office. A report was filed and an investigation began. Since the report had been filed, Investigators have received several possible leads, which were followed up on. All leads were exhausted, with Jason Riddle failing to be located.

Sheriff Chris Bowman is asking the public to come forward with any information regarding this investigation. Contact the Alexander County Crime Stoppers, 828-632-8555, or Alexander County Sheriff’s Office Detectives at 828-632-1111. 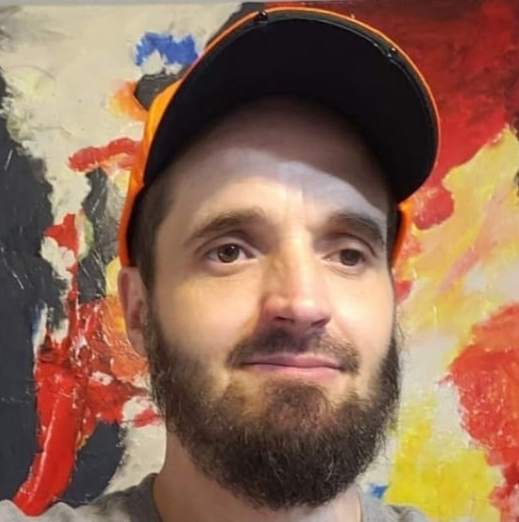 Jason A. Riddle, above, was reported missing Sept. 6.