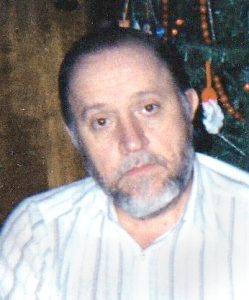 Charles Lawrance Johnson, 71, of Taylorsville, passed away on Monday, October 4, 2021, in Iredell County.
Charles was born on September 10, 1950, to the late Fred Harding Johnson and Rose Evelyn Teague Johnson. Charles was a veteran of the US Army. He was employed at TCS Designs for 27 years and Bob Watson Furniture. He enjoyed work and had a love for animals, especially his fur babies, Minnie Toy Cocoa Babe, Chili, and his cat, Cole. He enjoyed all sports but was a fan of the Washington Football Team. But, most of all, he will be remembered as a sweet, gentle man.

Along with his parents, he was preceded in death by a brother, Dale Johnson, and sister-in-law, Wilda Sigmon.