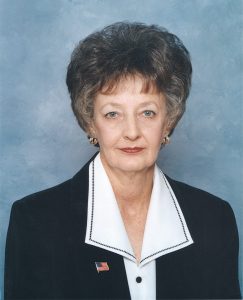 Susan Jane Fox Sharpe, 76, of Taylorsville, went home to be with the Lord on Monday, October 4, 2021, at Asheville Specialty Hospital in Asheville.

She was born on February 19, 1945, in Alexander County, to the late Ray A. Fox and Thelma Stafford Fox.

Jane was a 1963 graduate of Taylorsville High School and a 1967 graduate of Lenoir-Rhyne College where she earned a Bachelor of Arts in English degree. She was a member of Hiddenite United Methodist Church.

She had worked at The Taylorsville Times for nearly four decades with her husband, Lee Sharpe. Prior to that, Jane had worked as a social worker for the Alexander County Dept. of Social Services and had taught English at Alexander Central High School.

Jane was a loving wife, mother, grandmother, aunt, and friend. She always seemed to know just what to do or say to make everyone’s life better. She was a Proverbs 31 woman and will be deeply missed but not forgotten.

In addition to her parents, she was preceded in death by her father-in-law and mother-in-law, Conway Sharpe and Irene Hendren Sharpe, and brother-in-law, Benny Sharpe, Sr.

In lieu of flowers, memorials may be made to Alexander Hospice, 50 Lucy Echerd Lane, Taylorsville, NC 28681.