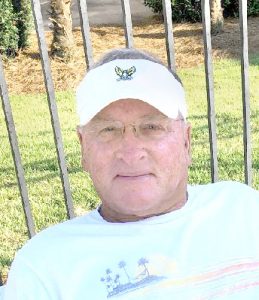 Jim was born June 22, 1947, in Alexander County, the son of the late Frank Campbell and Joye Barnette Campbell.

Jim was a US Army veteran and a member of South River Baptist Church in Iredell County. He worked for Dana Corporation for 28 years but retired from Alexander County Corrections, where he worked in the mailroom.

He enjoyed working with his family; any project was special with them. He also enjoyed mowing yards in his neighborhood and keeping the grounds looking good. Jim loved his family very much, especially the grandchildren.

Including his parents, he was preceded in death by his son, Bryan Campbell.

Those left to cherish and honor his memory include his wife, Laura Ball Campbell of the home; his daughter, Stephanie Wright (Rob) of Statesville; his son, Donavan Campbell (Kayla) of Statesville; his grandchildren, Anna Wright, Jett Wright, and Jaken Campbell; his mother-in-law, Geraldine Ball; his sister, Loretta Weaver (Danny) of Taylorsville; his brother, Johnny Campbell (Crystal) of Taylorsville; and many other family members, nieces, nephews, cousins, and friends.

The funeral service will be held at 2:30 p.m., Sunday, October 10, 2021, at South River Baptist Church, 2659 South Chipley Ford Road, Statesville, NC. Dr. Chris Thompson and Rev. Taylor Miller will officiate. Burial will follow in the church cemetery with full military honors accorded by Alexander County Veterans Honor Guard. The family will receive friends from 1 p.m. until 2:30 p.m. prior to the service.

Adams Funeral Home and Cremation Services is honored to be serving the family of Jimmy “Jim” Campbell.