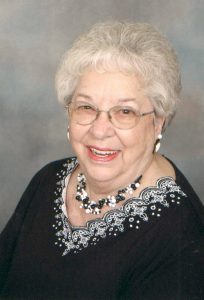 Elaine Lackey Bowman, 88, of Taylorsville, passed away on Saturday, October 9, 2021, at her home.

Elaine was born August 13, 1933, in Iredell County, the daughter of the late Emmalee Lackey Allen.

She was a homemaker and a member of Friendship Lutheran Church, where she was involved with the nutrition program for over 25 years. She loved playing card games, board games, and also enjoyed home cooking. But, most of all, Elaine loved her family, especially the grandchildren and great-grandchildren.

Including her parents, she was preceded in death by her husband, Kenneth Bowman.

The funeral service will be at 4 p.m., Tuesday, October 12, 2021, at Friendship Lutheran Church. Pastor Mary Canniff-Kuhn and Pastor Tim Canniff-Kuhn will officiate. Burial will follow in the church cemetery. The family will receive friends from 2:30 p.m. until 3:45 p.m. prior to the service in the Family Life Center at Friendship Lutheran Church.

Memorials may be made to the Building Fund of Friendship Lutheran Church.

Adams Funeral Home and Cremation Services is honored to be serving the family of Elaine Lackey Bowman.