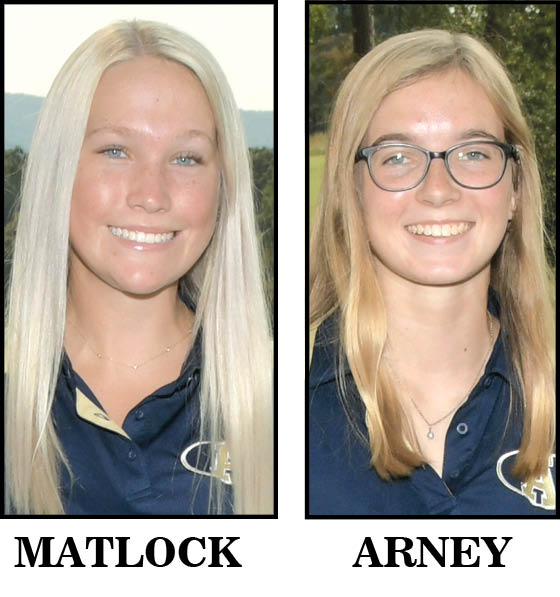 Hibriten fired a 126 team total to win the nine-hole match. The Lady Panthers were led by the league’s low scorer for the year, Trinity White, who recorded a medalist total of 36 on the day to finish at even par.

Ashe County finished the day with a 146 total, while Alexander Central carded a 148 overall score. For the Lady Cougars, Parker Matlock and Chelsey Arney led the way with matching scores of 43.
Hibriten finished the 2021 season with a team total of 958 strokes. ACHS enjoyed a strong campaign and earned a runner-up finish overall and the top finish for a 4A school. The Cougars finished with a team total 1,016.

The Lady Cougars will be participating in the NCHSAA 4A West Regional Tournament planned for Tuesday, October 19. The regional event will be played at Stonebridge Golf Club in Monroe. The 4A Women’s State Championships will be held one week later at Pinehurst #5.