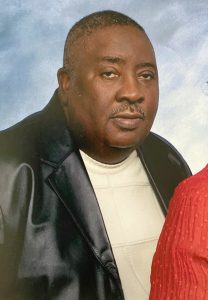 Alonzo Dale Parker was born on November 12, 1945, in Alexander County, and was the son of the late Robert Asbury Parker and Lillian McClain Parker. He departed this life on Thursday, October 14, 2021, at Iredell Memorial Hospital.

He was a 1963 graduate of Happy Plains School in Taylorsville and he was employed by Hunt Manufacturing Company. He was a member of Third Creek Baptist Church and, prior to his illness, he served on the Golden Star Chorus, Sunday School, Laymen League, and Men’s Choir. Dale was the coach of the Third Creek Ladies’ Softball Team.

He was married to Bertha Wellman Parker, who survives.

Celebration of Life Services will be conducted Tuesday, October 19, 2021, at 1:00 p.m., at Third Creek Baptist Church in Stony Point. Pastor Tommy G. Carpenter will officiate and burial will follow in the Church Cemetery. Mr. Parker will remain at Rutledge and Bigham Funeral Home, Statesville until taken to the church to lie in state at 12:00 p.m. Members of the family will receive friends at the church from 12:30 p.m. until 1:00 p.m. (thirty minutes prior to the service).

Visit the Book of Memories for Mr. Parker at www.rutledgeandbigham.com. Rutledge and Bigham Funeral Home is serving the Parker Family.