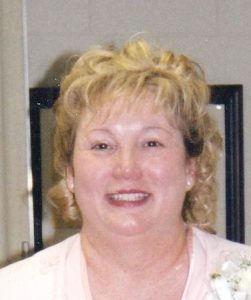 Doris was born on October 31, 1950, in Alexander County, to the late Lawson Parks Childers and Evelyn Wilson Powell Childers. Doris was a member of Zion Baptist Church in Covington, Georgia.

Doris loved gardening and flowers. She will be remembered for working actively in church ministries, serving food, and working with the clothes closet. If she had something someone needed, she would give it to them. Doris will be remembered mostly for the love she had for her family, visiting, going to breakfast, and sending packages to her grandchildren.

Along with her parents, she was preceded in death by her brother, Maurice Childers, and sisters, Martha Oliver and Barbara Childers Gunnarson.

The body will lie in state on Friday, October 22, 2021, from 9:00 a.m. to 5:00 p.m., at Alexander Funeral Service. A graveside service will be held later at Bethel Baptist Church Cemetery. Rev. Dr. Rob Hartley will be officiating. Eric Childers will be providing music.

In lieu of flowers, memorials may be made to Operation Christmas Child and Samaritans Purse, PO Box 3000, Boone, NC 28607.