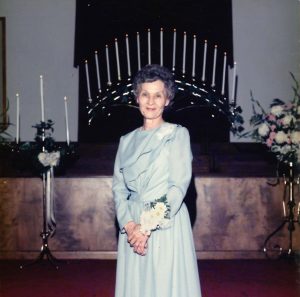 She was born December 20, 1924, in Iredell County, to the late Benjamin Harrison Moose and Lola Dagenhart Moose. She was a member of Stony Point Baptist Church and a member of the Sunshine Sunday School class. She worked for Lackey Dept. Store until she retired.

Chapman Funeral Home is serving the family of Pearl Mayberry.