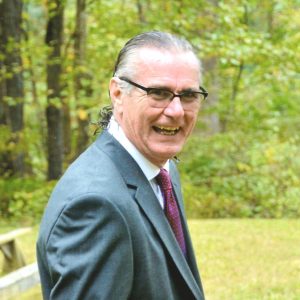 Terry Nathan Chapman, 71, of Troutman, passed away Tuesday, October 19, 2021, at the Gordon Hospice House in Statesville.

Terry was born August 27, 1950, to the late Ralph Richard Chapman and wife Willie Honeycutt Chapman. Terry graduated from Stony Point High School in 1968. In 1970, he graduated from Lowrance Hospital Inc. School of X-Ray Technology in Mooresville. In 1975, Terry went on to further his education with a Bachelor of Science in Biology from Lenoir-Rhyne College. He completed his education with a Master of Science in Biology from UNCC in 1990.

Terry dedicated over 32 years as an educator at Rowan – Cabarrus Community College in Salisbury before retiring as the Dean of Health and Public Services. Terry was also an avid artist and military historian. He was of the Baptist faith.

In addition to his parents, he was preceded in death by a brother and his wife, Mr. and Mrs. Ralph Grady Chapman.

A funeral service will be conducted at Stony Point Baptist Church on Saturday, October 23, 2021, at 3:30 p.m. Reverend Rick Norman will officiate with burial to follow at the church cemetery. The family will receive friends at the church prior to the funeral from 1:00 p.m. to 3:00 p.m.