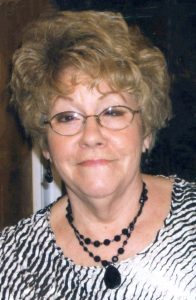 Shirley was born November 13, 1946, in Oconee, South Carolina, the daughter of the late Fred Clifford Smith and Bessie Metcalf Smith.

She was a self-employed hairdresser and attended Little River Baptist Church. She loved to paint, crochet, and make quilts. She was an animal lover and was definitely a lady of many talents.

Including her parents, she was preceded in death by her husband, William Wayne Herman, Sr.

A memorial service will be held at 6 p.m., Tuesday, October 26, 2021, at Adams Funeral Home Chapel. The family will receive friends one hour prior to the service.

Memorials may be made to Little River Baptist Church for Jeff Chapman.

Adams Funeral Home and Cremation Services is honored to be serving the family of Shirley Ann Smith Herman.