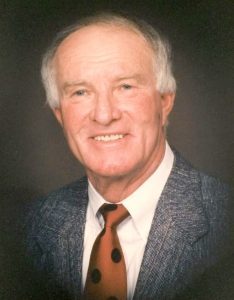 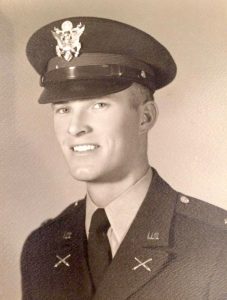 He was born on July 4, 1931, in Alexander County, the son of the late Avery and Pearl Bowman Fox. Loyd loved his country and honorably served in the United States Army until returning home where he started his family-owned dairy farm.

He enjoyed golfing up into his 80s and was very social and loved spending time with his friends. They met almost every morning for their daily breakfast club meetings.

Along with his parents, he was preceded in death by his son, Gordon Fox; daughter, Paula Townsend; and sister, Janet Sigmon.
Those left to cherish Loyd’s memory include his two daughters, Lisa Fox of Dallas, Texas, and Kimberly Fox of Hickory; son, Greg Fox of Hickory; long-time companion, Beverly Lowman of the home; grandchildren, Heather Kivett and Michael Fox; and great-grandchild, Gavin Kivett.

To celebrate Loyd’s life, the family will have a visitation on Wednesday, November 3, 2021, from 4:00 p.m. – 6:00 p.m., at Alexander Funeral Service. A family-led inurnment will be held at a later date in the Liledoun Baptist Church Cemetery.